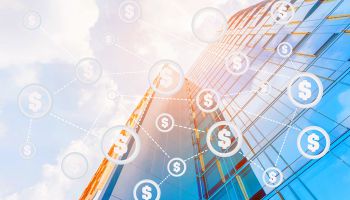 OCC's controversial proposal continues to spark opposition, as the Conference of State Bank Supervisors pursues an expanded effort to adapt to fintech developments.

The controversy over the possible establishment of a national banking charter available to fintech companies came into sharp focus at the recent ABA Payments Forum in Washington, D.C.

The Comptroller’s Office, which is still weighing the issue—but which has not settled on implementation plans—sees such a charter as another way to foster innovation in the financial services system. [Update: During a later press conference on OCC's twice a year risk report, Acting Comptroller Keith Norieka said he will give a speech concerning the fintech charter on July 19. Questions have been raised regarding whether Trump regulators would continue to support the concept, at least as proposed. Norieka gave no clue during the July 7 press conference, only mentioning the speech when asked a question about the proposed charter.)

The Conference of State Bank Supervisors sees the establishment of such a fintech charter as something that should be left up to Congress, not the OCC, to decide, even as the banking systems in the 50 states seek to harmonize their individual differences and eventually offer state banking fintech charters. (See further on in this article for a new development on this front from CSBS.)

A representative of OnDeck, a fintech company that provides an online small business lending platform, framed the argument for a banking charter, whether national or state, as one in which such startup companies might compete directly with banks on a level regulatory playing field.

Rounding out the four-person panel in this session was a lawyer who represents numerous fintech companies, many of which have expressed interest in obtaining a special-purpose banking charter.

• Innovation being driven by banks either in-house or in a bank-centric partnership with a fintech.

• A joint venture model, in which partnerships of various models place banks as the customer-facing entity, and the fintech operates systems in the background.

• An option for a fintech company to obtain its own limited-purpose banking charter.

Overlaying the panel’s discussion was the general endorsement of the continuing need for innovation in the banking industry. However, the views of the OCC and CSBS representatives over chartering provided distinct counter arguments.

“If you want to provide banking services across the country, what’s your choice?” posed Kathy Oldenborg, director of payments systems risk policy, OCC. “You have to register in all 50 states. You have to be not only a part of the state system but in many cases the Federal Reserve System, in order to continue to do your business. Why shouldn’t there be a nationally recognized charter that allows you to do the same businesses that you’re now doing under a banking license?”

It is no surprise that the two organizations opposed each other on the panel. After multiple warning shots given as the OCC developed its proposal, in April CSBS sued the national bank regulator in federal court in an attempt to negate the charter proposal. (Read “State regulators sue OCC over fintech charter”) OCC had published its draft chapter on fintech charters for its chartering manual in March of this year. (Read “Reaction begins to OCC’s fintech charter draft”) In May the New York State Department of Financial Services filed its own federal suit against the Comptroller's Office.

Daniel Gorfine, vice-president of external affairs and associate general counsel of OnDeck, a large online small business lending platform—a fintech—stated his case this way: “What’s different today from the past is that [upstart companies] can gain national scale very quickly, given mobile, given the internet. It immediately subjects nonbank technology companies to state-based laws and regulations, as well as an overlay of federal laws and regulations, which can be challenging to navigate, given that many of these were passed at a time when they never contemplated the modern role of the internet.”

“What’s being talked about now is a different, coherent regulatory framework,” Gorfine continued, “that provides certainty, clarity, and can be harmonized and can allow all fintechs to know the rules of the road.”

OCC’s Oldenborg pointed to precedents in which OCC already provides limited-purpose charters, such as banker’s banks, trust companies, and credit card banks. Also, she noted that, since the National Banking Act was passed in 1863, there have been many changes due to innovation.

“This is the next step in the journey,” Oldenborg said.

As contemplated now, she said, a fintech with a national bank charter would be a bank, with all of the accompanying requirements—CRA, fair lending, payment systems rules, promotion of financial inclusion, and more.

“The limited purpose, or special purpose charter, is a bank charter, with all of the privileges and obligations of a national bank, depending on the business that you choose to offer,” she said.

“From a consumer protection standpoint, that consumer still lives somewhere,” she said. “When they are in need of redress they need to go somewhere. When a state regulator gets a complaint about a licensed company they handle that complaint like it is casework. They engage with the consumer. They engage with the company. They try to resolve it. That regulator is locally accountable. That’s lost in this context.”

Liu acknowledged that banking laws vary from state to state, and that there is a need to find ways to harmonize the various differences between individual states.

An ongoing initiative sponsored by CSBS, called Vision 20/20, seeks to do just that. In some areas, Liu noted, this initiative has gained traction. In late June, CSBS launched a fintech advisory panel, and invited fintech firm representatives to apply for consideration for membership in the group. The deadline for filing is July 14.

From the fintech point of view, the main objective is to achieve a clear regulatory regime, however it may be constituted. Gorfine suggested that the dual banking system could offer multiple options.

For example, Gorfine said, “You have state-chartered banks and national-chartered banks. You could have a dual regulatory framework. A lot of what the states are working on in terms of harmonization efforts is incredibly valuable and can be a very helpful framework as well.”

Oldenborg deliberately took a step back in the discussion to focus on the broader issue of innovation in the banking industry.

“Innovation is part of your strategic plan. You need to continue to thrive in new markets, as your customers are moving to new markets. If you don’t move with them you’re not going to have them.”

The spirited discussion in this panel spilled over into an ensuing panel that addressed maximizing bank and fintech partnerships. In this discussion, a fintech representative and a banker were asked what they thought of the fintech chartering debate. Their responses revealed that much skepticism remains about a limited-purpose national bank charter for fintechs.

Jason Henrichs, cofounder of FinTech Forge, a fintech that consults with banks to foster innovation, said this: “I like the intent but I think the OCC charter is going to do a lot to stifle innovation. Part of that is because they have raised the bar so high, which you rightfully have to do.”

Henrichs suggested that dealing with the 50 states one by one might actually mesh with the iterative nature that many startups embrace—that of trying one thing, determining its strengths and faults, adjusting, and retrying an improved thing.

Henrichs suggested the regulators themselves might benefit from this step-by-step approach.

“Dealing with the 50-state system, it is actually a benefit where a state can look at it and say ʻLet’s solve this on a smaller level to start and then scale it out’,” Henrichs explained. “We don’t do well [with regulatory structuring] with ‘iterative.’ It’s not the way it works, but it’s the way we need to start to move.”

Dominic Venturo, executive vice-president and chief innovation officer at U.S. Bank, observed: “The bar at which to get a charter, at least the way it is currently contemplated, is such that it doesn’t or may not contemplate all of the fintechs in which innovation is happening. If I have a vendor or a partner that has the benefit of vendor risk management and all of the pieces that go along with that, and a company complies with that, do they need a charter?”

“It’s complicated,” concluded Venturo, a member of the Banking Exchange Advisory Board, “because it isn’t one thing.”