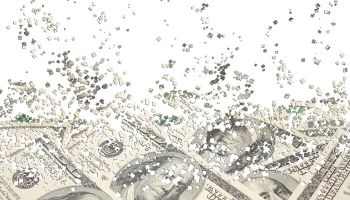 Those factors, coupled with strong stocks that give buyers powerful currencies with which to pursue valuable sellers, should continue to drive bank M&A volume and pricing that is on par with 2017, bankers and investors said this week at Bank Director's annual Acquire or Be Acquired conference in Phoenix.

Carpenter said there were 31 deals in 2017 that carried values above 2x tangible book—the most in 10 years.

Shift in what “small” means

He also said that M&A is helping to all but eliminate banks under $200 million in assets. The number of these banks has been more than cut in half since 2006. They are "steadily marching toward extinction," he said.

Carpenter said M&A is gradually shifting to larger sellers and buyers, and more small regionals could look to take out larger community banks.

"The average bank is getting larger every year," Carpenter said, making scale for all banks increasingly important to stay relevant.

As interest rates climb, core deposits also swell in value, and growth-minded banks are likely to stay active in M&A, in part, to amass more low-cost funding this year and next.

Federal Reserve policymakers raised rates three times in 2017, and markets anticipate at least two more this year. When the Fed lifts rates, banks often can follow suit on loans before they increase rates paid out on deposits. Most deposit customers wait for substantial moves on rates before they shop around for better terms. Such was the case following the early Fed hikes last year.

Deposits considered core are typically in a bank's home market and usually do not include investment products with variable rates or large certificate of deposit accounts. Core accounts not only cost banks less but the customers behind them are less likely to search for more favorable terms because such customers often have developed lasting ties to their banks for reasons other than just deposit rates.

Tom Brown, CEO of Second Curve Capital, a hedge fund that invests primarily in banks and financial services companies, said bank buyers should focus more on the value of sellers' deposit franchises than on their branch networks. As consumers increasingly do more banking online, branches are losing relevance, and banks are closing far more branches than they are opening.

Bank investor Kirk Wycoff said the trend will play out for several more years, and at some point, he said branch counts "could fall off a cliff." As such, bank buyers need to look at deposit bases, lending opportunities, and market health as reasons for M&A, said Wycoff, managing partner at Patriot Financial Partners. Seller branches are often closed following acquisitions and simply represent one-time cost-reduction opportunities.

All of that noted, Wycoff said, if a bank has determined that it is a seller, now is the time to move, while buyers' stocks are strong and there are no major macroeconomic headwinds or other threats that could drag down markets and shares of banks. Nobody knows precisely when the economy will turn for the worse and banks' credit quality and growth opportunities with it.

"The right time to take action," Wycoff said, "is sooner rather than later."

This article originally appeared on S&P Global Market Intelligence’s website on Jan. 30, 2018, under the title, "Bank M&A volume expected to remain elevated in 2018"