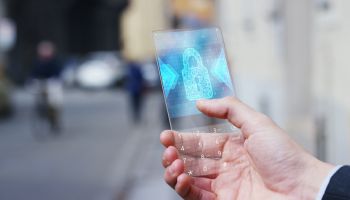 Depending on which bank executive you ask, they’re liable to give you varying answers to the question “What keeps you up at night?” Regulation, industry consolidation, shareholder pressure, blockchain and cryptocurrency, the overall economy – all of those are perfectly valid concerns. One response that you might not hear as often? Digital-only banks, and that’s a dangerous oversight. Whether those stakeholders at traditional financial institutions are willing to readily admit it or not, there’s a legitimate competitive threat to be acknowledged and strategized for.

Without naming names, you know who they are. They’re “hiding” in plain sight despite being the current darlings on the banking end of the fintech spectrum. There are a few key reasons why contemporary digital-only banks pose an immediate threat to their traditional peers, which (far from coincidentally) point to the areas that longstanding FIs need to focus on and invest in to keep pace and ward off the plucky challengers.

They’re agile and apply resources in the right places.

Digital-only banks are technology-first and mobile-first, so their R&D mentality and rate of churning out new features and functionality for their customers are innately different. Updates don’t have to be developed for and rolled out across legions of legacy infrastructure, so they can be more continuous, frequent, seamless and innovative. Being mobile-first also provides the distinct advantage of built-in security mechanisms like two-factor authentication, biometric sensors, encryption and even fraud detection through behavioral analysis. Many mobile features and security upgrades are the last thing that traditional banks get around to, which clashes with a recent PwC survey that found nearly half of consumers now rely on mobile and/or online as their primary banking channel.

On a business level, there’s also less of a struggle in resource allocation, as armies of employees, real estate, in-branch hardware and other overhead aren’t massive line items on the bank’s balance sheet. That means more financial resources can be invested directly in improving technology and customer experience.

Customer service is in their DNA.

Whereas almost every major bank has been dinged at some point or another for poor customer service – again, not naming names – digital-only banks were born in an age of immediacy, customer choice and an expectation for exceptional customer service. They tend to not have as many one-off fees tacked on (like those for using other banks’ ATM infrastructure on the rare occasions when cash is necessary) and typically maintain multiple channels for customer service, be those in-app chats, bots or good ol’ call lines.

Part of that customer-first approach is manifested in the fact that digital enrollment and onboarding are a foregone conclusion for banks that don’t have physical outposts. As more banks make digital enrollment a possibility, it will become tablestakes to customers across the market, rather than a perceived barrier to entry or drawback. By that point, digital-only banks will already be pros at it.

Branches only serve a purpose if properly capitalized upon.

In the same way that digital onboarding is becoming more popular or even preferred, consumers want to take control of their banking experience through self-service. Younger users especially don’t think they need the same high-touch treatment that their predecessors do. And what better venue for self-service than online and mobile, which we’ve already established is second nature to digital-only banks.

That’s not to say that branches and the services that come along with them – particularly for regional banks and credit unions – don’t serve a purpose. They absolutely do, but only if they’re leveraged in the right way. In order to keep pace with their digital-only competitors, traditional banks must consider modernizing their in-branch technology with the likes of self-serve kiosks, biometric authentication and instant card issuance to make branches an appealing, effective, seamless and secure experience.

Partnerships with their digitally-native peers are more enticing.

When you look at rewards programs that traditional banks offer for credit card points and cashback, they’ve generally aligned themselves with big box retailers, restaurants and similar brands. It’s an age-old industry truism: Legacy businesses tend to partner with other legacy businesses. Digital-only banks may not have those same relationships, but they’re much more well-positioned and comfortable with partnering with their peers in other digital segments. They’re primed to take advantage of the thriving gig and service economy by offering rewards with rideshare providers, subscription services and digital media platforms, among others.

Standing alone, none of these factors represent obstacles that traditional banks wouldn’t be able to overcome. But taken as a whole, the advantages that digital-only banks enjoy become a force to be reckoned with. Traditional banking power players can’t afford to be naïve; see (and strategize against) the escalating competitive threat now or prepare to be blindsided.