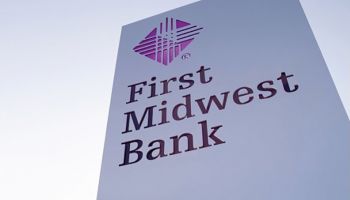 First Midwest Bancorp recently moved its headquarters to Chicago, making a statement that it has positioned itself as “metro-Chicago’s premier commercial bank”, according to its CEO.

They took a major step on Friday in that pursuit by acquiring Bridgeview Bank, which has 13 offices in the Chicago suburbs and more than $1 billion in assets.

In all, First Midwest has over 100 locations of its own. The acquisition could be indicative of what is to come in the banking industry: not the demise of regional banks, but the attempt at midsize bank dominance in major markets throughout the country.

The strategy is to still offer regional knowledge of a market but to be large enough to take advantage of the benefits of scale. This can prove a challenge to smaller banks in the $1 billion range, but could also fend off the dominance of a few national banks across the country and could ultimately prove to be healthy for the entire U.S. economy.