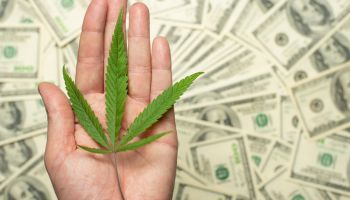 What are the legal ramifications of extending your bank’s services to a marijuana company? The real answer; it’s really not known. However, there is still risk in doing so, because technically, engaging in marijuana sales, possession, use and banking is still against federal regulations. The prohibition has forced many marijuana companies to deal in cash, a public safety threat according to Congressional Democrat Rep. Denny Heck (D-WA).

With more and more states legalizing marijuana sales, it is very enticing to jump into the competition for the billions in marijuana deposits up for grabs. Yet, despite the risks, more and more banks are choosing to roll the dice on potential sanctions and penalties and extend services to the cannabis industry. Most of the participating banks are charging hefty fees on services such as checking accounts, loans and merchant services citing the potential for federal fines or legal jeopardy. Mostly, banks are eschewing any involvement for fear of breaking anti-money laundering and drug laws.

The current democratic-party controlled congress is decidedly “pro-pot”; more than at any time in history. Sentiment is growing that the current Congress will also open an unequivocal path towards formally relaxing, or eliminating current restrictions on banks and credit unions doing business with marijuana-related companies.

US Representative, Ed Perlmutter (D-CO.) has introduced legislation that would remove restrictions on banks to offer deposit and other services to companies within the cannabis industry. This is not the first time Perlmutter has attempted to modify the Federal Code, but this time around he has a willing caucus and growing bi-partisan support, with about 12 new Republicans supporting a version of the bill.

A few reluctant Republicans in the House of Representatives have come over to the notion of allowing banking services to be offered to legal marijuana companies on “relative safety” concerns. That is, they may not support legalization of marijuana, but they are acknowledging the changing realities of State-level legalization and think that it is inevitable; and as such legal banking channels would be useful in providing a clear paper trail to the industry.

Lawmakers have faced a mountain of resistance on this issue, mostly from the Senate and it is still uncertain how the current Senate and President Trump will respond if the House should pass such a measure. Keep in mind that White House Chief of Staff, Mick Mulvaney sponsored the Perlmutter bill when he was in Congress.

Meanwhile, the likelihood of a legal path to open banking in the cannabis industry is already being priced-in to the equity markets as analysts and handicappers are projecting a 75% chance of legislation being passed. Marijuana stocks have also reacted to this scenario anticipating a change in the banking laws. The North American Marijuana Index tracks the leading cannabis stocks operating in the United States and Canada. Constituents must have a business strategy focused on the marijuana or hemp industry, and are required to meet our minimum trading criteria. The Index is equal-weighted and rebalanced quarterly.