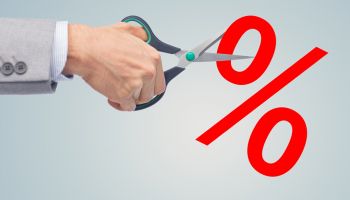 The expectations for a Fed bailout for markets were high last week after President Trump’s threat to put tariffs on all Mexican goods. Markets were rattled as the summer draws near and Trump has held firm on tariff talk. The hope of Wall Street and banks specifically is that the Fed will fend off downside risk for the markets that Trump does not seem to be concerned with when it comes to his international trade policies.

JP Morgan Bank asked for two interest rate cuts before 2020. In a statement, the bank contended, “If the Administration follows through on the proposed actions, we believe the adverse growth implications would prompt Fed easing. Even if a deal is quickly reached with Mexico, which seems plausible, the damage to business confidence could be lasting, with consequences that might still require a Fed response.”

Interest rate cuts could stabilize the housing market that has slowed as the Fed had previously raised interest rates in 2018, but only if there is optimism for economic growth. It seems now that Trump was right on one thing: perhaps it was a mistake to raise the rates last year given the fact that the tariff talk is rocking the markets.

While some economists ultimately think Trump is too concerned about stock market growth before the 2020 elections to go too far, others are not so sure. Analysts from the Royal Bank of Canada (RBC) warned that Trump is confusing the markets of his real intentions, and the markets ultimately dislike instability. Wall Street was already concerned with the trade talks with China.

Treasury yields are also falling. Some analysts have wondered if Trump is bluffing and is looking to force interest rate cuts before the end of the year in order to boost the economy just before the 2020 election. If that is true, it may be a dangerous game. Trump not only wants the markets to rally in 2020, he also needs a signature international achievement. The North Korea talks are unlikely to yield anything before the election, so declaring victory on a signature trade deal instead of a peace deal could be crucial.

In the meantime, he has been at odds with his own pick to run the Fed. Countries such as Germany are now at negative interest rates, so perhaps that is his answer. It is a high risk proposition.