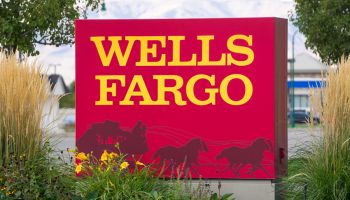 No bank, with the possible exception of Deutsche Bank, has been under fire more than Wells Fargo over the past few years. While Wells Fargo’s rivals have enjoyed strong earnings, Wells Fargo has struggled with a brand that has taken a beating on the street. However, given what the bank has gone through, the actual figures are very strong.

The bank has had a return on equity of 13 percent. If a new CEO can strengthen its reputation and loosen regulations, the business could grow quite quickly. After almost no revenue in the area due to restrictions placed on it by the government, loan deposit growth would rebound exponentially.

The proof is what Wells Fargo’s competitors are doing. Goldman Sach’s stock, for example, has risen 30% this year. One of the reasons analysts are excited about the company is that Goldman Sachs is willing to play in the same business that Wells Fargo has been in, and that is individual consumer banking needs through Marcus. Through Marcus, Goldman Sachs is in the market for consumers interested in CDs and personal loans. Wells Fargo could get a similar lift if it retakes its former position as a major player in these growth areas.

Bank of America is also in a strong position with a return on equity of 11.6% and a 57% efficiency ratio. Bank of America's loan portfolio has grown by 4% over the past year. The bank continues to improve its efficiency and profitability, and is doing a great job of growing its consumer banking business faster than the competition.

Lastly, financial institutions’ PE ratios overall trail the overall stock market despite the potential for growth. If Wells Fargo’s competitors are undervalued, and at the same time a new CEO can guide the large bank back into a good standing with lawmakers as well as customers, there is a great deal of potential for growth both for investors as well as employees.

The potential for the bank to grow makes the choice of the next CEO all that much more crucial to the bank’s success.