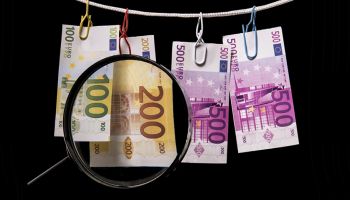 International money launderers have long tricked banks and financial regulators by avoiding trigger alerts. If they know that deposits over $10,000 are reviewed, for example, they send $9,900.  Success has largely been a question of knowing banks’ routines and working around them.

Increasingly, banks are turning to artificial intelligence to serve as a new weapon in their fight against financial crime to help, say, identify crooks that are gaming the system. But as financial institutions incorporate more AI into their anti-money laundering (AML) and compliance systems, criminals will also no doubt look to AI to cover their tracks.

The result is a likely AI arms race — money laundering activity around the world is estimated to be between 2% to 5% of global GDP. Despite the vast resources deployed by financial institutions to combat money laundering, the current approach is not delivering results. According to a report by Europol, just around 10% of the suspicious transaction reports filed by financial services institutions lead to further investigation by competent authorities.

U.S. financial authorities set off this race even further last December. In a joint statement, the Federal Reserve and other U.S. regulators urged financial institutions to innovate with new technology, including AI, and promised protection from sanctions if experiments fell flat or exposed previously unspotted vulnerabilities.

AI, already a fixture in banking call centers and financial trading platforms, is now poised to transform the risk and compliance industry. These areas already consume 10 to 15% of banks’ operational spending, or an industry-wide $270 billion per year. Much of this expense is due to the wide nets that legacy systems cast for suspicious individuals and transactions.

However, more than nine of ten of the questionable transactions they highlight turn out to be false positives— a new customer, for example, who shares a drug lord’s name. Each of these leads must be investigated, a costly and often manual, time-consuming process.

With AI-based systems based upon flows of real-time data that learn over time, versus inflexible rules, the false positives should drop dramatically. The technology should free up risk and compliance professionals to focus on more meaningful work—and waste less time on dead ends.

For financial institutions facing this transition, here are a few priorities to look for in risk and compliance AI:

Explainability:  Machine-learning systems pour through petabytes of data to zero in on suspicious correlations. But often the processes that lead these systems to flag questionable transactions are shrouded in mystery—a “black box.” Regulators have to understand how and why a bank pinpointed a specific transaction or individual. This is essential for fairness and legal transparency.

Moving beyond traditional data:  AI equipped for fighting money laundering can factor in the webs of people’s relationships, along with the patterns of transactions, and incorporate it all into risk scores. For example, one important variable is geography. Some companies have developed a risk scoring system for every geography on earth, including ships at sea, providing yet another stream of intelligence. As the system receives feedback, including its hits and misses, it recalibrates the weight it places on each of these changing variables to make smarter decisions in the future.

External Sources:  Current money laundering systems focus on existing lists of sanctioned individuals and groups. But other databases also boast strong correlations to financial crimes and should be evaluated in tandem. Incorporating all of the data into a unified risk-analysis system can provide valuable leads. For example, take a company working with an anti-human-trafficking nonprofit to identify trafficking and money-laundering hotspots. Including this type of external data can expose illicit patterns that were previously hidden.

As these new systems undergo a never-ending education, they’ll free financial institutions from the inflexibility of disparate risk and compliance legacy systems. A rule-based system trained to focus on transactions involving Cuba, for example, might flag a business with Cuba in its name, such as Joe’s Scuba Shop. A smarter AI-driven system is unlikely to target such a shop—unless other telling variables point toward it.

With money laundering now a global financial problem, financial institutions need to equip themselves with as many tools as they can. Regulators have given financial institutions the permission and encouragement to experiment, as long as it is done in a responsible manner. With hefty fines looming in addition to wrestling the challenges related to evolving financial and regulatory ecosystems, they need to be sure their AML and compliance budgets are invested where they’ll have the greatest impact.

In the not too distant future, AI technologies will be considered best practice.