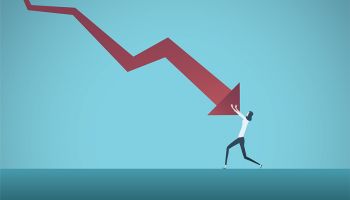 Former Federal Reserve Chairman Alan Greenspan recently said if yields on U.S. bonds turned negative, it  would not be “that big a of a deal.” Here are five reasons why not only banks, but Americans should not be cheering on rates that would turn negative like they have in many of the countries in the European Union.

We have some models of what would happen in the United States. One needs to look no further than Europe where some of the largest economies in the European Zone are teetering on recessions, and if one digs deep into the real numbers, some countries are already there.

As reported by Banking Exchange, analysts tracking large United States based banks are being very cautious, but European and Japanese banks are struggling on average even more than their United States counterparts.

As President Trump continues to urge the Federal Reserve to enact lower interest rates to fuel the economy a little more than a year before the presidential election, the economy rests in no short measure on getting the right balance not only for consumer sentiment, but also the health of the American banking system.