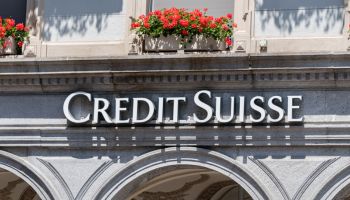 Switzerland’s second largest bank has been accused of spying on its former head of wealth management after Zurich police made arrests.

Credit Suisse Group AG is approaching a crucial decision on management that could shape its path for years, after a week of controversy surrounding a number of employees in influential positions.

Credit Suisse Group AG, the second largest bank in Switzerland and a global powerhouse, is set for major change at the top. The board is said to be making decisions on some of the major executives involved in the spying of Iqbal Khan, the former head of wealth management at the bank. Urs Rohner, the chairman of the bank, will take center stage in the decisions as Khan has fled to UBS Group AG.

Tidjane Thiam, the Chief Executive, seems to have strong shareholder support which may help avoid his departure. Khan was spied on due to concern that he might take key Credit Suisse managers with him after a falling out with Thiam. However, the bank is in the midst of a successful three year turn around which complicated the decision.

The top investor in the bank is Chicago based Harris Associates, who is advocating for stability despite the damage done in the short term by the alleged spying. It seems the board of directors will need to answer to shareholders if they vote for any major change. In a world particularly sensitive to corporate responsibility, it is an ironic twist that shareholders at least at this point seem to backing management. If the bank were not on an upward trajectory, investors would likely be less apt to back present management.

One possibility is that Bouee, the chief operating officer and the head of global operations, may take the fall if the board feels like it needs to act without overturning the entire management structure.

On Friday September 20, Swiss news reported that the police had arrested people suspected of following Khan and later reported that Khan had been watched by Credit Suisse operatives. Kahn even took photos of people following him after hours, and reported the incident to the Zurich police department.