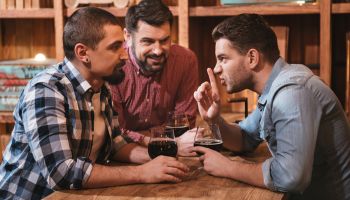 According to a new banking survey by TD Bank, millennials have a unique view on money compared with earlier generations. One third of millennials would leave their partner over a financial secret despite almost half admitting that they would hide certain financial information. TD Bank’s fifth annual Love and Money Survey states that this trend is more than any other generation.

Credit card debt tops the list of secrets, with 43 percent admitting that they have kept that secret from a partner. Perhaps the reason is that fighting over money is also up from four years ago, with 40 percent stating they fight with their partner at least once a week regarding finances. This statistic is up tenfold from four years ago, with only 4 percent stating the same thing back in 2015.

Perhaps the news out of California about celebrities paying large sums of money to have their children gain access to the nation’s top universities should not be surprising. Almost fifty percent of parents admit that they would be willing to bribe a school in order to have their child accepted, and 60 percent of millennials state they would be willing to pay to advance their child’s education. Not only does it show high priorities in focusing on education and advancement, it also shows less commitment to ethical standards…. or perhaps the generation is simply more honest about it.

Americans overall also admit to impulsive spending. Almost sixty percent of those surveyed stated that they consistently make irrational or impulsive decisions surrounding finances despite being fully conscious at the time of it being irrational. Even with this statistic, millennials have the rest of the population beat, as seventy two percent stated that they knew a decision surrounding money was irrational and decided to continue with it anyway.

Perhaps what this means for banks is that banking customers need solid advice and education now more than ever. With years of advice on savings by financial advisors and financial corporations focused on IRA’s and 401(k)s, the new generation of customers are fully conscious of risky spending and investing habits but continue anyway. While the economy has been strong, if the TD Ameritrade survey is accurate, a downturn could expose some concerning consumer trends.