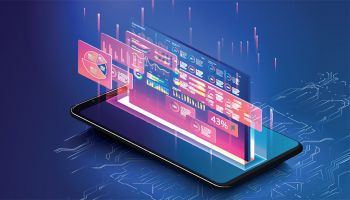 According to McKinsey, there are two billion individuals and 200 million small businesses in emerging economies lacking access to formal savings and credit, forcing them to transact exclusively in cash. At the same time, smartphone and mobile phone ownership in such areas is exploding. Recent surveys conducted in emerging and developing countries show the vast majority of adults in these areas own, or have access to, a mobile phone.

These two converging trends – large numbers of unbanked and underbanked persons combined with greater mobile phone access – creates a perfect storm for the rise of digital financial services. Suddenly mobile carriers have an opportunity to participate in the provisioning of financial services.

These services are impressively profitable. Some even qualify them as “extracting activities” because of a very high fees that apply especially to small transfers and remittances. Fees of 10 percent or more are not uncommon in many countries, including those with large portions of underbanked people. In 2014, a GSM Association study showed that mobile money businesses can be expected to generate profit margins greater than 20 percent for mobile operators in mature deployments.

Beat them, join them, avoid them?

Mobile carriers have many advantages when it comes to financial services provisioning. First, they have vast agent networks where subscribers can top-up their mobile phones. Such networks can easily be converted into cash-in and cash-out points. Also, there are far fewer mobile operators than banks, since wireless frequencies are a limited resource; this means that a typical mobile operator often has more customers than a typical bank. So, mobile operators can offer financial services to people with lower expenses, charging higher fees.

This is why banks’ first and perhaps natural reaction was a staunch opposition: in many countries, the industry sought regulatory protection to defend their ground. In some places, like Pakistan, this succeeded - mobile money providers cannot operate there without a banking partner. In others, like Kenya, the world's leader in financial inclusion via mobile financial services, it didn’t. The first attempt towards forcing mobile money pioneer M-PESA into becoming a licensed banking institution was defeated in 2009: regulators deemed M-PESA a compliant retail money transfer service and closed the case.

The story isn’t over though: ten years later, in April 2019, Kenyan Parliament launched another investigation to determine whether M-PESA and other mobile money services in the country should be separated from their telco parents, and licensed as financial institutions instead.

From a traditional bank’s perspective, what are other possible ways to counter this threat apart from trying to block it? There are mainly two:

2) Also, a symmetric answer is possible. While emerging mobile money players attempt to degrade the banks into a mere utility or circumvent them altogether, banks can collaborate in many cases to create telco-free instant value transfer systems accessible from an app, via text message or USSD interface. In this case, the mobile carrier, rather than the bank, becomes a low-value utility.

The most vulnerable point of mobile financial services is, surprisingly, the banks’ strongest. It is regulatory compliance. Even though initially many mobile money projects could operate in a gray zone, this is not going to last forever.

For the most part, carriers don’t yet enjoy the reputation that banks do in the financial services industry. A field study conducted by several Ghanaian universities shows that mobile money users see the service as complementary to both traditional banking and cash, and conclude that mobile financial services do not (yet) constitute an existential threat for the banks. The study reveals that, irrespective of income, people won’t leave larger amounts of money for a longer time on their mobile wallets. Respondents cite mobile network failures and lack of available cash at agents’ location as a principal disincentives for mobile money usage.

Also, in many countries mobile money deposits do not earn interest, which puts a non-bank mobile financial services in disadvantage.

Tips for a bank-led mobile financial services deployment and planning

Gartner predicts that by 2030, 80 percent of heritage financial services firms will either go out of business, become commoditized or exist only formally, not competing effectively as fintech companies and other non-traditional players gain greater market share. Financial services firms face dramatic disruption from upstart competitors and their ability to survive and thrive will require them to dramatically change their approach.

More specifically, banks should look at the huge market for unbanked and underbanked people through a different lens. They must be willing to collaborate and compromise in order to take advantage of mobile carriers’ scale, while bringing their own unique strengths (regulatory acumen and operations) to the equation.

Partnering with non-traditional players in this way will help banks solidify and build their global presence at a time when their long-established business model is being challenged from numerous sides.