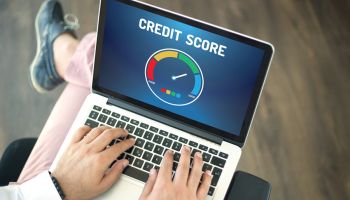 The economy has been going strong over the past several years. Unemployment rates have been dropping steadily, reaching levels not seen since the 1960s. Consumers have experienced consistent growth in real disposable income. In other words, people generally have had the wherewithal to pay their debts, and delinquency rates have remained low. Consumers have been managing their credit responsibly for quite some time now, and when combined with the greater awareness consumers have about their credit health, the result is that credit scores have broadly improved.

However, because the current boom cycle has been going on for such a long stretch, the conversation in the industry is increasingly turning to the question of when the next downturn will hit, and how severe it will be when it does. Implicit in this conversation is the premise that a downturn is going to happen sooner rather than later. This train of thought has led some to grow concerned over an apparent contradiction: how can credit scores be so good when a downturn is increasingly likely? Since consumers usually perform worse in a downturn, why do credit scores currently forecast good performance? Some in the industry have even gone so far as to speculate whether credit scores are still a useful measure of risk.

Let us be clear: Credit scores have been—and continue to be—highly predictive, valuable and important.

The challenge is that there is a great deal of complexity and technical expertise that goes into the construction of a credit score. With credit scores becoming increasingly ubiquitous, there are more opportunities for people to misinterpret how they work. So let us see if we can resolve this apparent contradiction by discussing three important aspects of credit scores.

First is the fact that credit models are built to rank order risk. They are not built to assign a fixed, unchanging probability of default to a given score. What throws many people off is the idea that a score of 700 today (for example) may not have the same corresponding probability of default over the next 12 months as it did three years ago. However, that has never been the goal. The goal has always been the ability to say that, generally, consumers with a score of 700 will perform better over the next 12 months than consumers with a score lower than 700, and not as well as those consumers with a score above 700. In short, credit scoring models are designed to rank order consumers according to their relative probabilities of default, so that lenders can set effective strategies regardless of business cycle. That is as true today as it was three years ago, and it will remain true three years from now.

Second, credit scores do not exist in a vacuum; one must always consider the context. To illustrate, take a consumer who moves from a city with a low cost of living and great job opportunities to a city with a high cost of living and few job opportunities. This same consumer will be riskier after his move, even though his credit score remains unchanged at that point in time, because there are factors outside of credit conditions that also impact a consumer’s ability to pay his debts. As well, consider that a given consumer’s probability of default on one product (say a credit card) might be very different than her probability of default on another product (e.g., her mortgage). Thus a credit score can mean different things for the same individual in a fixed location at a single point in time, which is one of the reasons why credit scores are also often built for specific product classes.

The lending industry recognizes that credit scores are not a panacea. Most lenders do not rely on scores alone to make credit decisions. Depending on the lending product, other factors such as credit application details and other asset data may inform the lending decision. In other words, in the event of an economic downturn, credit scoring is just one of the many levers that lenders have at their disposal to make the best decisions they can.

Third, credit scores are built on the premise that past behavior is indicative of future performance. So if one’s history of managing credit has been excellent, she will have a great credit score today, even if she loses her job tomorrow. Although this approach is often compared to driving by looking only at the rearview mirror, the simple fact is that, for large groups of consumers—it works. Of course we would all love to have a crystal ball to see into the future, but you cannot run a business on wishful thinking. Credit scores have been quantitatively proven countless times to be cogent predictors of future consumer performance, and have afforded lenders an unprecedented level of consistency and objectivity in consumer risk evaluation.

So let’s come back to the fundamental question of why credit scores are so strong right now, when a downturn is on the way. It is incorrect to conclude that credit scores don’t work; rather, one should conclude that consumers have shown a sustained pattern of managing their debts well, and are generally well-positioned to navigate a downturn successfully.

Credit scores rank order risk, but the specific probability of default associated with a given score will change over time. It is therefore essential for lenders to calibrate their strategies to their credit scores regularly. Lenders who use the same score cutoff throughout every business cycle risk being either too aggressive or too conservative at any given point in time. Many of our customers choose to validate their scoring models and calibrate their strategies at least annually, and more frequently than that during periods of greater economic uncertainty.

Any tool needs to be applied correctly to be effective, and credit scores are no exception. Proper care and maintenance are required to keep credit scores working at optimum effectiveness. But managed correctly, credit scoring is one of the most powerful tools available to lenders. With consistent monitoring and validation, strategy review and environmental awareness, lenders should be well-prepared to manage the next downturn whenever it hits.