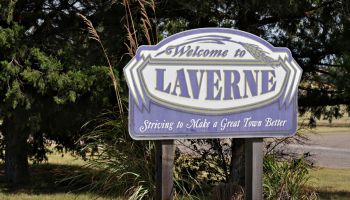 On Friday, President Trump invited three representatives from small businesses to speak to him about their concerns. Ryan Newby, a Vice President at the Bank of Laverne in Laverne, Oklahoma was one of the guests. The bank has less than $100 million in assets. The following is the official white house transcript of Mr. Newby’s brief statement last week.

MR. NEWBY: Mr. President, Mr. Vice President, thank you for the opportunity and your time today. I appreciate it very much. Ryan Newby, from Laverne, Oklahoma — northwest part of the state. I represent a small community bank in the Oklahoma Panhandle. And I say “small” — we’re $58 million in total assets, $26 million in loans.

And with your deregulation, we’ve been able to get back into that and serve our customers. We were sending them, you know, 40, 50 miles down the road to competition. So that’s been a big plus for banks like us.

A couple other points I’d like to make are — it probably don’t seem like big things to other people, but longer exam cycles for well-capitalized banks — you know, 18-month exam cycles, which helps cut down on compliance costs. We don’t have to deal with examiners as much; we can serve our customers. And also, the corporate tax rate being lowered from 34 percent to 21 percent saves us thousands of dollars a year to reinvest in our community and make more loans for our customers.

THE PRESIDENT: Thank you, Ryan.

MR. NEWBY: — for everything you guys have been doing.