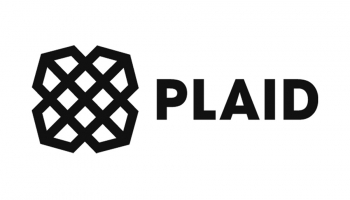 Payments giant Visa has agreed to acquire fintech company Plaid in a deal worth $5.3 billion.

Plaid is a payments network that enables users to connect their financial accounts to third-party mobile applications, sharing information securely and conveniently.

“Connectivity between financial institutions and developers has become increasingly important to facilitate consumers’ ability to use fintech applications,” Visa said in a statement announcing the deal.

One in four people with a US bank account use Plaid to connect apps to their financial institutions, with 2,600 fintech developers and 11,000 institutions connected to its network, according to Visa.

Al Kelly, chairman and chief executive officer of Visa, said the purchase of Plaid would enhance his company’s growth trajectory and place it at “the epicenter of the fintech world”.

“Plaid is a leader in the fast growing fintech world with best-in-class capabilities and talent,” Kelly said. “The acquisition, combined with our many fintech efforts already underway, will position Visa to deliver even more value for developers, financial institutions and consumers.”

Plaid co-founder and chief executive Zach Perret added that becoming part of Visa would give his firm the opportunity to operate “at a global scale”.

Visa said the transaction offered “complementary enhancements” to its existing operations as well as an entry into a new business area. Plaid’s “fintech-centric” approach would open new opportunities inside and outside of the US, Visa said, while also enabling the company to work more closely with other fintech companies “through all stages of their development”.

The deal is subject to regulatory approval and is expected to complete in “the next three to six months”, Visa said. It will fund the purchase through existing cash reserves and debt issuance.

PayPal president and chief executive Dan Schulman said the Visa-Plaid deal would provide his company with “exciting opportunities to enhance our products”.

Gordon Smith, chief executive of consumer and community banking at JPMorgan Chase, added: “We believe Visa’s acquisition of Plaid is an important development in giving consumers more security and control over how their financial data is used.

“Protecting customer data and helping them share that information safely has long been a top priority for Chase. We look forward to partnering with Visa to continue building a great experience for our shared customers.”

Consultancy group EY has estimated that 75% of internet-enabled consumers around the world used a fintech app to move money last year, compared to just 18% four years earlier. Consumer growth in fintech adoption has been led by emerging markets, EY found, with 87% of users in China and India using fintech apps, compared to 50% in Canada and 46% in the US.

In addition, EY found that almost half (48%) of fintech adopters globally were willing to share bank data with other organizations in exchange for better deals and services.