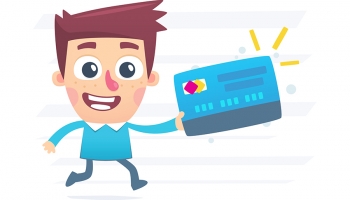 Solid wage growth and a 50-year low in unemployment has helped US credit card customers to improve management of their credit lines, according to research from the American Bankers Association (ABA).

Average credit lines grew in the third quarter of 2019 compared to the previous quarter across all types of credit card accounts, ABA reported in its latest quarterly Credit Card Market Monitor. This was led by prime accounts (up 1.4 percent) and new prime accounts (1.3 percent).

Despite the expansion, credit lines remained 8-22 percent below post-recession highs, the data showed. Adjusted for inflation, ABA said credit lines had grown “only modestly” over the past three years – and had even fallen for subprime users.

“The rise in credit lines reflects a healthy financial base for consumers fuelled by a solid labor market and rising wages,” James Chessen, ABA’s chief economist, said. “Consumers today have more resources, are better able to meet their obligations, and are responsibly managing the greater flexibility that a slightly higher credit line provides.”

In its commentary with the credit card data, ABA said consumers were sustaining “sound credit management”. The share of consumers that paid their monthly balance in full each month was 31.1% in the third quarter of 2019, the same as the previous quarter and close to the highest level in over a decade.

Meanwhile, those dubbed ‘revolvers’ – consumers who carry a monthly balance – increased by 0.7 percent from a two-year low to 43.9%, while dormant accounts fell to an all-time low of 25%.

Last month ABA published its Consumer Credit Delinquency Bulletin, covering a wider range of loans and borrowing. It reported that number of people failing to pay off their credit card debts fell in the third quarter of 2019.

Credit card use for prime and super-prime accounts expanded in the third quarter of 2019, ABA’s data showed, with subprime taking a dip. Seasonally adjusted purchase volumes rose by 0.8 percent – equivalent to $3.85 per month – for prime accounts compared to the previous quarter.

Super-prime volumes rose by 0.2 percent ($1.07 per month), which ABA said was consistent with “solid consumer spending growth” during the same period. Meanwhile, subprime purchases fell slightly by 0.3 percent ($0.67 a month).

ABA’s data also found that the number of total accounts fell slightly compared to the prior quarter – only the second decrease in this figure since 2013. Year-on-year, total open accounts grew by 3 percent for super-prime and 2 percent for subprime accounts, but fell 0.9 percent for prime accounts.

However, the number of accounts opened in the previous 24 months fell on a year-on-year basis for the seventh consecutive quarter. ABA said this trend was being driven by declining subprime and prime account growth.