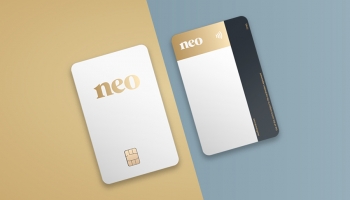 The founders of Canadian food delivery firm SkipTheDishes have launched a technology company offering a credit card with no annual fee and links to rewards from third-party brands in an effort to challenge the dominance of the country’s ‘big five’ banks.

In a statement published last week, Neo Financial said it wanted to bring “much-needed innovation and choice” to the Canadian market, as the top five banks — RBC, TD Bank, Bank of Nova Scotia, Bank of Montreal and Canadian Imperial Bank of Commerce — had an estimated market share of 90% between them.

The app-based provider also promises a “high interest” savings account, according to its website, with no minimum balance and no annual fee. Neo Financial has not disclosed which bank will provide the accounts.

As well as linking with “hundreds of brands” to offer customers rewards, Neo Financial said its app would provide “relevant and personalized financial literacy tools” that would help consumers “create excellent habits” for saving and spending.

Credit card use in Canada accelerated during 2018, according to data from Payments Canada, bringing it in line with debit card usage. Credit cards dominated point-of-sale transactions, growing by 41% since 2013. This was predominantly down to credit card rewards, the research showed.

The use of credit cards for recurring bill payments was also growing, Payments Canada found. In total, Canada’s payments market was worth more than C$9.9 trillion (US$7.3 trillion) in 2018.

According to credit rating company TransUnion, Canada’s credit market is forecast to grow again this year, with the average credit card balance reaching C$4,465, up by an estimated 2.4% in 12 months. However, the firm warned that credit card delinquency rates were at risk of increasing this year.

Neo is the first portfolio company for Harvest, a venture studio that creates, invests in and scales meaningful companies in the Canadian Prairies.

Neo Financial is led by Andrew Chau and Jeff Adamson, who co-founded SkipTheDishes in 2012 with Chris Simair and his brothers Dan and Josh. The firm was sold to UK-listed food delivery company Just Eat last year for US$200 million.

“Today, with just the push of a button, we can hail a ride, have hot food delivered or stream our favourite show on demand, yet, the innovations we see in these industries and around the world have failed to translate into everyday banking,” Chau said. “This gap is an opportunity to reimagine how spending and savings should be, and we’re building Neo from the ground-up using today’s technology to give Canadians the most rewarding experience.”

Neo will launch in Calgary “in the coming months”, the company said, but is already open for applications.