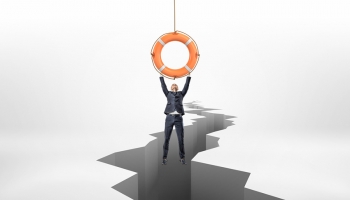 Small and mid-sized US banks are preparing to relaunch their emergency loan programs after president Donald Trump signed off on an extension to the Paycheck Protection Program (PPP) on Friday.

The House and Senate last week agreed to a $310 billion extension to the PPP, bringing the size of the small business aid program to $659 billion.

Banks will resume processing applications from 10:30am Eastern time.

Florida-based Cogent Bank said on Friday that it had approved 581 loans totalling more than $124 million in the first round.

In an interview with NPR, Edward Barry, CEO of Capital Bank in Maryland, explained that his bank had facilitated $172 million in loans to nearly 600 small companies through the PPP in April — about as much as the bank normally lends in a year.

He told the broadcaster that Capital Bank had built a website ready to accept applications before the government’s rules were finalized at the end of March.

“The PPP has supported more than 1.66 million small businesses and protected over 30 million jobs for hardworking Americans,” the pair said. “With the additional funds appropriated by Congress, tens of millions of additional workers will benefit from this critical relief.

“While this program has already provided a critical financial lifeline for nearly 1.7 million struggling small businesses hurt by COVID-19, millions of other businesses are still looking for help.

“Signing this legislation into law will allow America’s banks to quickly deliver additional relief to as many of those small businesses as possible, saving jobs and limiting the economic damage from COVID-19.”