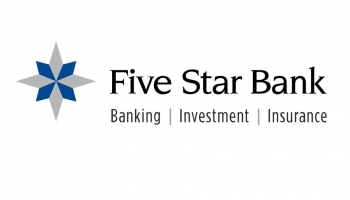 The $4 billion bank’s move will merge the branches into five other existing locations through the consolidation process. However, it is keeping two drive-thru facilities in areas where the regular branch is to close.

The bank has observed a decline in total daily in-branch transactions equal to 6% a year since 2018, it said in a statement published on July 17.

“While our values and service promises remain steadfast, we have a fundamental responsibility to our customers, associates and the communities we serve to adapt our approach as market conditions change,” said Martin Birmingham, CEO of Five Star Bank.

“Over the years we’ve launched technology and developed unique partnerships that offer customers a more seamless, integrated experience, regardless of how they choose to bank with us. Now, as the reliance on, and customer demand for, digital banking services rise, our branch offices must evolve once again.”

The bank has invested in “robust” and “powerful” online services, it said, while also introducing “interactive teller machines” to offer more complex transactions without the need for in-person appointments.

In addition, the bank said it planned to open two new premises in Buffalo next year as well as expanding in-branch services.

The changes are as follows:

Two “motor banks” at the Olean and Geneva branches are to remain in operation, Five Star said.

The changes affect 10% of Five Star’s network and 6% of its workforce, the bank said. Staff affected will be offered alternative roles or opportunities to apply for positions elsewhere in the company. Those laid off will receive a “comprehensive severance package based on tenure”, Five Star said.

Earlier this month, Pennsylvania-based Community Bank announced plans to consolidate branches. Two branches in Monessen, Pennsylvania, and Bethlehem, West Virginia, will close once the process is complete, expected by the end of September.

Brian Brooks, acting head of the Office of the Comptroller of the Currency, has told banks that the regulator would not change the rules regarding branch closures because of the COVID-19 pandemic.