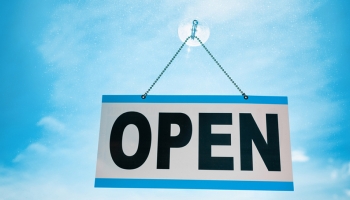 US banks opened 96 new branches in July this year while closing 60, according to new data from S&P Global Market Intelligence.

This market the first month of net branch openings since October 2011, said the American Bankers Association, which compiled the data.

However, banks still closed more branches than the opened over the course of the first six months of the year, S&P Global’s data showed: 378 new locations opened, while 1,088 closed – a net reduction of 710 premises nationwide.

Banks across the US moved to close branches temporarily from March as part of state and federal measures to control the spread of the Covid-19 coronavirus. This led to a significant increase in the use of online and mobile banking services, although banks also encouraged the use of ATMs and drive-through facilities.

Some of the US’s biggest banks have shut down dozens of locations across their branch networks. HSBC closed 80 branches in the first half of 2020, while opening just one new location. JPMorgan Chase cut 97 branches during the same six month period, although it opened 39 new ones.

US Bancorp, Wells Fargo, PNC Financial Services, Citizens Bank, BMO and Old National Bank have all closed more than 30 banking branches each this year – 296 in total between them – while opening just six.

New York state lost the most branches, down 113 during the period, while only three states saw a net growth in the number of branches: Alabama, South Dakota and Colorado.

However, the push towards online services might not be suitable or preferable for all customers, according to multiple studies.

An EY survey of banking consumers published earlier this year found that just 16% of customers said they expected the way they bank to change in the longer term because of the effects of the pandemic.

“If the banks want current behaviors to stick, even in the current environment, it will be necessary to learn real-time from the customer experience, address with agility the reasons customers would be reverting back and invest in targeted, personalized communication,” he said.

Research by Boston Consulting Group  published in May found that a quarter of 5,000 banking customers surveyed said they were either less likely to use traditional branches or would stop using them altogether.

Last month, Brian Brooks, head of the Office of the Comptroller of the Currency, told banks that the regulator would not change the rules regarding branch closures because of the Covid-19 pandemic.