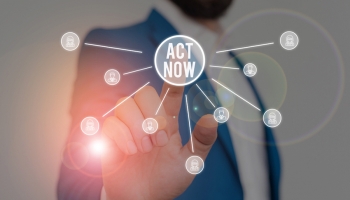 The rapid rollout of new banking technologies has been aided by a new, faster approach to decision making, according to participants at recent industry virtual meetings.

The Bank Governance Leadership Network (BGLN) held online discussions over the summer months to address the impact of digitization, new technologies, and the Covid-19 pandemic on the banking sector.

Participants – which included audit committee chairs of banks and representatives of consultancy giant EY – outlined how the fast implementation of new technologies such as online and mobile banking platforms had been enabled by improved internal decision-making processes.

One participant, cited by EY in its report on the discussions, said: “Every organization in financial services had a digital strategy of some kind, but this situation has become an accelerant. ‘Some day’ or ‘one day’ has become ‘today’.”

Others highlighted that the challenging environment could prove to be a “positive use case” for more investment in technology.

However, with increased speed of decision making came increased risks, some participants warned.

“It’s critical to look at the areas where you may have been rushing things and had to accept some risk,” said one executive. “Now is the time to look back at those choices.”

Banks of all sizes have been investing more and more time, resources and money into digitization and new technologies to benefit their operations and their customers.

A survey by fintech company Broadridge Financial Solutions, published in July, found that ore than half of financial sector C-suite executives and senior leaders wanted to implement new technologies into their companies’ operations in the coming months.

Nearly two thirds (63%) of the more than 500 respondents said they were increasing their investment into cybersecurity and risk management, while three in five said they would be “enhancing multi-channel client communications”.

Three quarters (72%) of respondents reported that “interactive digital technologies” were the most beneficial investment to have made prior to the pandemic.

New functions include limits on access to individual accounts and transaction amounts, as well as enforcement of dual control on sensitive transactions.

Northeast-based regional bank People’s United Bank formed a new  “business transformation office” last month  to focus on digitization and technology development. The team will be responsible for optimizing and automating back office processes as well as setting up partnerships with financial technology companies.

Tech giant Google has partnered with eight US banks – including BMO Financial, BankMobile and Coastal Community Bank – to allow them to use Google Pay as the platform for new digital checking accounts.