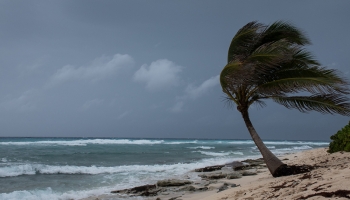 The American Bankers Association’s (ABA) charitable foundation is facilitating nationwide donations from the US banking sector for a new Disaster Relief Program.

The fundraising drive is to aid relief efforts in response to Hurricane Laura, with a specific focus on banking staff affected by the disaster.

All proceeds will go to the Louisiana Bankers Association’s Employees 1st Fund. It will then be used to fund grants to be distributed by Employees 1st, a program run by the Baton Rouge Area Foundation.

Hurricane Laura has so far killed 25 people in Louisiana since it hit the state at the end of August, according to news reports. It has left thousands of families and businesses without power, on top of causing huge amounts of damage to buildings and infrastructure.

“In the middle of a pandemic, this hurricane left thousands of Louisianans, including members of our banking family, without power, water and other essential needs,” said ABA president and CEO Rob Nichols. “Through our Foundation, we hope to rally the industry to support bank employees directly affected by Hurricane Laura.”

Robert Taylor, CEO of the Louisiana Bankers Association, added: “As Louisianans begin to put the pieces back together, we are grateful to the ABA Foundation and our industry colleagues around the country for their willingness to help fellow bankers hit hard by Hurricane Laura.

“With the added challenge of COVID-19, this assistance can make a tremendous difference.”

Banks serving the southern United States also took action in response to the impact of the hurricane.

Regions Bank has granted payment extensions and deferrals, as well as waiving certain fees for customers in the areas of Louisiana, Arkansas and Texas hardest hit by the storm.

Meanwhile, Red River Bank moved to reassure customers that it was open across the majority of Louisiana, excluding Lake Charles and Sulphur in Southwest Louisiana, where power cuts were affecting residents.

Corey Carlisle, executive director of the ABA Foundation, said: “Our fundraising mechanism is open to more than just bankers, so we encourage everyone to consider donating.”

Donations can be made via the foundation’s website, at www.aba.com/donaterelief.