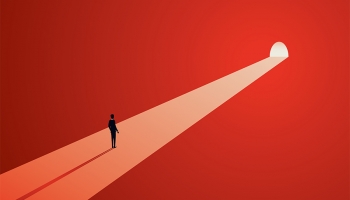 The world’s largest banks are better prepared for the fallout from the Covid-19 pandemic than smaller rivals, according to a new report from ratings agency Moody’s.

Global “systemically important” banks, also known as G-SIBs, have undergone “many years of restructuring and re-engineering based on lessons learned from the global financial crisis”, Moody’s said.

This work, coupled with tougher national and international regulations, had helped banks enter the pandemic period with “cleaner balance sheets, stronger capital and better liquidity” than the broader universe of banks rated by Moody’s.

Financial results so far this year reflected “both the immediate Covid-19 impact and the banks’ underlying resilience”, the rating agency said. “We expect the G-SIBs will generally outperform banks as a whole, and that some may even emerge from the pandemic in stronger competitive standing,” it added.

The report  comes as the Federal Reserve prepares for its second round of bank stress tests for this year. On September 17, the central bank published details of the  hypothetical scenarios  it intends to use for the additional tests, introduced given the “continued uncertainty” caused by the pandemic.

“The Fed’s stress tests earlier this year showed the strength of large banks under many different scenarios,” Fed vice chair Randal Quarles said. “Although the economy has improved materially over the last quarter, uncertainty over the course of the next few quarters remains unusually high, and these two additional tests will provide more information on the resiliency of large banks.”

The first test – described by the Fed as “severely adverse” – will assess the impact of an unemployment rate of 12.5% at the end of 2021 before declining to 7.5%, as well as a GDP decline and a “sharp slowdown” globally.

The second scenario – dubbed “alternative severe” – sees an 11% unemployment rate declining to 9%, and a GDP fall of 2.5%. Both scenarios will also apply a global market shock element to those banks with international exposure.

“The scenarios are not forecasts and are significantly more severe than most current baseline projections for the path of the US economy under the stress testing period,” the Fed said.

All 33 banks passed the Fed’s previous stress test earlier this year, but the central bank also warned that a U-shaped recovery or a double-dip recession could have a severe negative effect on bank balance sheets given higher loan losses and income pressures.