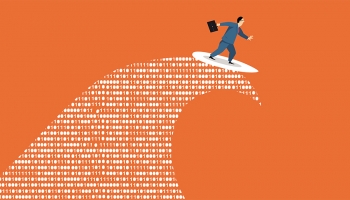 The US banking sector is poised for a significant increase in merger and acquisition (M&A) activity, according to a new report from investment manager FJ Capital.

Community and regional bank M&A is already recovering quicker than expected, the asset manager reported, and go improve further as the wider economy recovers from the impact of the pandemic.

A sustained period of M&A activity could see the total number of banks in the US fall by as much as 50% over the next 10-15 years, the report said.

The total value and number of banking M&A deals in 2020 is at its lowest point since 2009, data collated by FJ Capital showed.

This follows 2019’s combined M&A deal value of approximately $60 billion, which was the highest since 2007.

FJ Capital – which specializes in investing in financial service companies in the US – said it expected a drop off in deals as “this is typical in recessionary periods”, but it also predicted a subsequent bounce back as the economy begins to grow again.

In addition, ultra-low interest rates were beginning to hurt the profit margins of smaller banks in particular, the asset manager said.

“Our expectations are that activity will begin to pick up in the first half of 2021 and accelerate through the year and continue to be robust over the next 3-5 years,” FJ Capital said.

“We are encouraged by the recent uptick in M&A activity,” said Martin Friedman, portfolio manager and co-founder of FJ Capital. “Based on our analysis, we believe we’ve hit a turning point in the credit cycle and are reaching a positive inflection point in community and regional banks.”

Other community bank M&A deals from the past few months include: