Customer and Employee Experience Should …

A layered approach to lending on the roa…

The Role of Local Payments in Higher Edu… 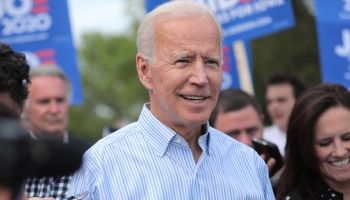 The American Bankers Association (ABA) has congratulated President-Elect Joe Biden and Vice President-Elect Kamala Harris after they were declared the winners of last week’s presidential election.

In a statement released on November 7, Rob Nichols, ABA president and CEO, said: “We look forward to working with the new administration and the new Congress to address the nation's challenges.

“During the economic downturn caused by COVID-19, America’s banks and their more than two million employees have taken unprecedented steps to assist both their consumer and business customers, but we know more must be done to fuel the recovery.

“ABA and our member banks stand ready to work with the Biden administration and lawmakers from both parties to bolster the economy, increase opportunity and create a brighter future for all Americans.”

Biden was declared as the 46th President of the United States over the weekend following several days of uncertainty as votes were counted in swing states. President Donald Trump has yet to formally concede defeat, however, and is contesting several results.

On his campaign website, Biden underscored the importance of “building back better” following the Covid-19 pandemic.

“Make no mistake: America has been knocked down,” Biden’s website states. “The unemployment rate is higher than it was in the Great Recession. Millions have lost jobs, hours, pay, health care, or the small business they started, through no fault of their own.”

The Biden campaign also set out plans to provide “further immediate relief to working families, small businesses, and communities” through measures such as extended unemployment insurance and a “comeback package” for Main Street businesses.

It also highlighted plans to “help small businesses manage through the pandemic and recover, so that millions of entrepreneurs can get back on their feet and carry this economy forward”.

Senate Republicans have been pushing for a new version of the Paycheck Protection Program (PPP) for several weeks before the election to provide further financial support for small businesses. The original PPP closed to applications on August 8 having delivered more than $525 billion in loans to more than five million businesses.