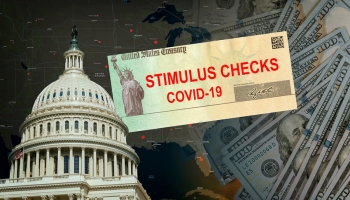 As the second wave of the coronavirus is hitting America and New York City closes schools again, politicians cannot agree on a stimulus package to help American businesses and workers get through the winter.

JP Morgan’s CEO Jamie Dimon spoke out this week, calling the politicians childish. Both Democrats and Republicans agree that a stimulus package should be given, but they are far apart on how much aid should be given. Dimon’s answer is simply to split the difference as time is of the essence. His view was simply to “get it done.”

Senate Majority leader Mitch MConnell’s posture is that there are a number of items in which they already agree and so it would be easy to get through legislation on those items. The amount the Republicans would agree to today would be $500 billion.

While Democrats are saying this figure falls far short of the need, it has been more than a month of negotiations without any aid at all. While good news surrounding vaccines have helped the stock market rise in recent weeks, the market reflects the future and not the present needs. Dimon has warned that the stock market could also turn if consumers do not feel optimistic heading into Christmas.

Dimon did not cast blame on one particular side of the aisle, but he did have more advice for politicians. He actually endorsed higher taxes in order to pay for the stimulus package as long as it is done in a shrewd manner that does not hurt the economy. Dimon explained, “Taxing capital formation, over time, hurts growth. We should have a competitive international tax system for business.” Instead, Dimon said that taxing people in his income bracket will not hurt the economy.

Dimon seemed to be advocating more stimulus such as the PPP program that helped small businesses in the spring during the first wave. As the three largest cities New York, Chicago, and Los Angeles move back to phase one and phase two of lock down, a major stimulus package may be crucial for the health of American cities. Shoppers have yet to come back to New York City’s fifth avenue and Chicago’s Michigan Avenue.

Businesses in cities in particular will need help in order to survive the winter, as not only have people fled the large cities but the tourists and shoppers never came back.