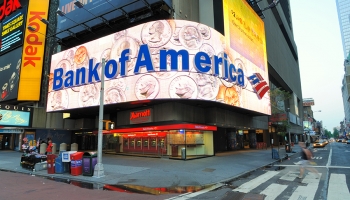 While the government is looking for a healthy suiter, Reuters first reported that unions and local politicians will resist a deal making it a difficult sell on the open market. Bank of America and the other financial institutions only have a one year mandate to help close a merger in the midst of a pandemic.

While Bank of America will benefit the most from the legal fees compared with other partners, the fees are not large. The real potential benefit for Bank of America is simply building up its reputation as a trouble shooter, so the legal fees are almost at pro bono levels. While the Italian bank’s troubles have been years in the making, the Covid-19 pandemic has not helped matters.

While most analysts see bank mergers continue in 2021, the deal is not expected to be easy. Unicredit does not seem interested, for instance, as mergers do not seem high on the list for management despite having more than enough in reserve to take it on.

The Italian Treasury is looking to make the merger more attractive by lowering the legal risk for a buyer so that the owner would be able to deal manage layoffs. Bank of America will likely need to advise the Italian government in how to make a deal sheet attractive which might also include tax breaks.

The move by Bank of America is an interesting one, as the global markets looks for a way out of the pandemic. The bank could see potential growth in its role as a consultant in the global banking market. Large scale mergers will likely continue as online banking grows and consolidation will likely be the most viable option for some midsize players.