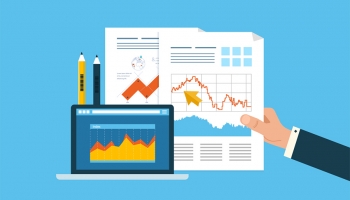 Small banks that helped facilitate the Paycheck Protection Program have been rewarded with a temporary reprieve from higher reporting requirements.

Banking sector regulators announced on Friday that they would grant a temporary reprieve to smaller banks that had seen their asset base grow rapidly through the pandemic.

Community banking organizations with less than $10 billion in total assets as of December 31, 2019, will be able to keep using data from this date to determine the applicability of regulatory asset thresholds for a limited period.

Banks affected by the rule will be able to use 2019 data for reporting requirements for the 2020 and 2021 calendar years, the regulators said.

The interim rule was published on Friday by the Office for the Comptroller of the Currency, along with the Federal Reserve Board and the Federal Deposit Insurance Corporation.

The measure was agreed after many smaller banks saw their balance sheets expand rapidly during the pandemic. Many played a vital role in facilitating the Paycheck Protection Program (PPP) in particular.

Data from the Small Business Administration showed that, as of the closing of the PPP on August 8, lenders with less than $10 billion in assets had facilitated more than 2.7 million loans worth $233.8 billion in total. This accounted for more than 44% of the total value of PPP loans, and nearly 53% of the total number of loans issued.

The regulators acknowledged that this had led to “rapid and unexpected increases” in the size for many banks. As these increases were “generally expected to be temporary”, regulators said the temporary rule would allow small banks either more time to reduce their balance sheet size, as PPP loans were repaid or forgiven, or to prepare for new reporting requirements for bigger banks.

The rule will become effective when it is published in the Federal Register, with comments being accepted by regulators until 60 days after publication.