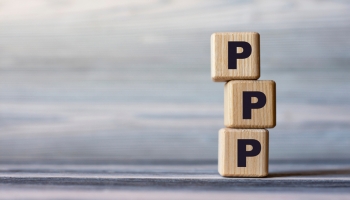 Community lenders have been granted priority over banks to deliver U.S. small businesses billions of dollars worth of loans from today, as part of the federal government’s $284 billion Paycheck Protection Program (PPP).

The additional funding from Congress was announced on Friday January 8, 2021 to support those businesses hit by the ongoing Covid-19 pandemic.

Only after this date will other banks and lenders be permitted to participate. Community lenders have been chosen as a priority as they traditionally reach borrowers who are underserved by the mainstream banking institutions. Often, these are popular with many female-led small businesses and with some Asian, Black and Latino business owners.

The decision to change the supply channels this time around, follows widespread criticism of the previous process for loan distribution, where cash failed to reach certain parts of U.S. industry.

In an update, Treasury Secretary Steven Mnuchin, said some 5.2 million loans worth more than $525 billion had already been extended to U.S. small businesses through the last round of financial support, which supported around 51 million jobs.

He added: “This updated guidance enhances the PPP’s targeted relief to small businesses most impacted by Covid-19. We are committed to implementing this round of PPP quickly to continue supporting American small businesses and their workers.”