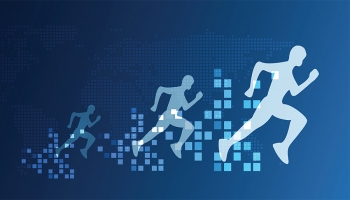 JP Morgan’s chief executive officer has warned that banks remain at a regulatory disadvantage to fintechs when it comes to securing revenues from merchant services.

On an analyst call, Jamie Dimon expressed concern about the increasing competition posed by fintechs, and fired a stark warning to those using regulatory loopholes to give them a commercial edge.

Dimon explained that some fintechs were earning considerable revenues by charging fees for debit-card transactions that banks – such as his – are prohibited from levying.

Under the Durbin Amendment, regulated banks are limited in the fees they can charge merchants each time a consumer swipes a debit card at the checkout.

The companies referenced by Dimon include well-known giants such as Amazon, Apple, PayPal and Google in addition to more focused apps such as Square and Stripe.

Dimon – who oversees JP Morgan’s $3.4 trillion banking empire – stressed that incumbent banks should be “scared shitless” of the growing competition posed by fintechs.

While many fintechs rely on banks to do business, Dimon fears banks won’t be needed at all in the not-too-distant future.

“I expect to see very, very tough, brutal competition in the next 10 years,” he said. “I expect to win, so help me God.”

He specifically singled out fintech Plaid, which builds technology allowing apps such as Venmo and Betterment to access consumers’ banking data.

Plaid – whose acquisition by Visa recently collapsed – came under fire from Dimon who questioned whether the company was “properly” using customer data.

Mobile payment services have grown exponentially in recent years. Apps such as Venmo have paved the way in peer-to-peer (P2P) payment market.

Banking institutions fought back with a variety of innovations, such as Zelle, a payments service partly owned by a conglomerate of US banks including Bank of America, JP Morgan and Wells Fargo.