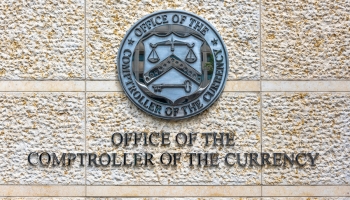 The American Bankers Association (ABA) has called on the Office of the Comptroller of the Currency (OCC) to revoke conditional approval for two new banks, in light of concerns about changes to eligibility rules.

Two other groups, Independent Community Bankers of America and the Credit Union National Association, joined the ABA in asking acting comptroller Blake Paulson to withdraw an interpretive letter that expanded the scope of entities eligible to apply for a national trust charter, by removing a requirement that applicants engage in fiduciary activities.

The letter led directly to the approval of Anchorage Digital Bank in January 2021, which became the first bank to handle crypto assets, followed by Protego Trust Company in February.

The trade groups said that neither of these companies would have been eligible for approval without the interpretive letter.

Typically, any changes to eligibility requirements would have to go through a process that included a public notice and comment period, according to the ABA.

The groups said: “The OCC made significant policy changes regarding the eligibility requirements to receive a trust charter through an interpretative letter without public input during the final days of the previous administration.

“That change has already [facilitated], and will continue to facilitate, charter approvals that we believe are ill-considered.”

The groups’ request followed a White House memo issued on January 20 calling for a regulatory freeze.

Protego has been given up to 18 months by the OCC to meet the terms of its conditional approval before it converts to a national trust bank and begins to operate, while Anchorage entered into an operating agreement as an enforceable condition of approval, setting out capital and liquidity requirements and the OCC’s risk management expectations.

Earlier this year, the OCC opened the way for US banks and savings associations to participate in crypto transactions and use “independent node verification networks” such as blockchain, having stated in July 2020 that banks could act as custodians for digital currencies.