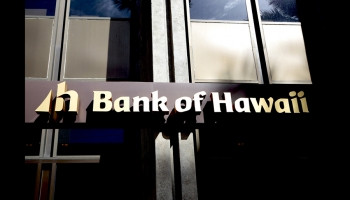 Several US banks have announced plans to open new branches or acquire existing premises as they build for the future.

Bank of Hawaii is reopening six additional branches across Hawaii as part of the next phase of its “Branch of Tomorrow” initiative.

The branches include Hanapepe and Kapaa on Kauai, and four grocery store locations. However, the bank’s 12 remaining in-store branches will be permanently closed.

“As an essential business, we are fully committed to serving our community and proactively responding to customers’ evolving needs through a variety of options and under a variety of circumstances,” said Peter Ho, Bank of Hawaii’s chairman, president, and CEO.

Other banking groups are looking to open new branches despite a growing body of research showing customers are shifting to online and mobile banking.

ES Bancshares, the bank holding company for Empire State Bank, has committed to opening a new banking center at Corporate Commons Three, Staten Island, New York. It is expected to open in the second quarter of 2021.

The bank also said its New Dorp office, which has $150 million in deposits, would relocate to 2212 Hylan Boulevard, Staten Island, New York in the third quarter of 2021.

Elsewhere, Arkansas-based Simmons Bank is planning to construct a second bank branch in White Hall with plans to open in early 2022.

“The support and growth of our customer base in White Hall has been outstanding and we’re proud to meet that growing demand for our services by adding a second location,” said Daniel Robinson, regional community president for Simmons Bank. “We have called Jefferson County home for over a century and it is an honor to be a part of our continued growth here.”

Trustar Bank is opening a full-service branch at Georgetown Pike, Great Falls in Virginia, which chief executive Shaza Andersen said would “allow us to continue to provide exceptional service to Great Falls and its surrounding communities”.

Alabama-based Regions Bank is opening a new branch in Hamilton Mill, Buford, Atlanta. The bank has also been given approval by the Federal Reserve Board for a new branch Frisco, Texas.

Bill Linginfelter, market executive for Regions Bank in Atlanta, said: “The tools available in this new branch are an extension of the commitment by our local bankers to tailor services to each customer’s individual banking needs while providing more modern technology that makes banking easier.”

Finally, the Federal Reserve Board has also approved an application by Simmons Bank to open a branch at 8319 Preston Road, Dallas, Texas.