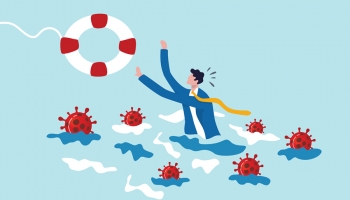 The Paycheck Protection Program (PPP) has delivered more than two million loans since being renewed this year as of February 21, worth a total $140.3 billion.

According to the latest data from the US Small Business Administration (SBA), 5,158 lenders participated in the program during the period.

A summary of all PPP approved lending since its introduction in April last year showed the number of loans stood at 7,065,800, worth $662.7 billion in total, from 5,468 lenders.

Among the banks supporting the program is Mid Penn Bancorp, which this week announced it had approved and disbursed more than $290 million in loans for small businesses since the 2021 PPP portal was opened for community banks on January 19.

During that period, the bank reported it had secured and disbursed loans for 2,047 businesses that employ more than 26,000 workers.

Rory Ritrievi, president and CEO of Mid Penn Bank, said: “In the first round of PPP, when we originated over 4,100 PPP loans for small businesses throughout our footprint that desperately needed the funds to protect the paychecks of over 55,000 community members, we established a process and reputation for providing a world class PPP customer experience.

“Now, four weeks into the second round of PPP, with refinements to the process that make applying even easier, we again are experiencing tremendous success.”

He said the majority of PPP borrowers in 2021 had previously received a 2020 PPP loan from the bank but that it had also added “new-to-us borrowers”.

The SBA said it had worked with the new Biden-Harris administration to prioritize lending to “Mom-and-Pop businesses” in the latest PPP round.

Under the new administration, the SBA said the share of funding distributed through Community Development Financial Institutions and Minority Depository Institutions was up more than 40%.