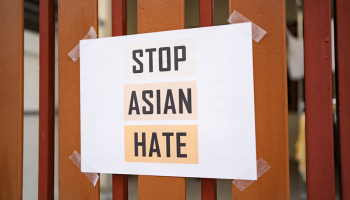 Cathay Bank has donated $1 million to its foundation to support organizations that work to promote diverse communities and combat anti-Asian hate crimes and xenophobia.

The Cathay Bank Foundation donation follows a wave of support for Asian communities in the wake of shootings in Atlanta last week that killed eight people, most of Asian descent.

Over the past year, as the coronavirus pandemic took hold, the US also witnessed the struggle of Asian American and Pacific Islanders against increased violence and harassment.

This has reportedly been fuelled by “prejudice, hatred and xenophobia”, Cathay Bank said, and recent attacks throughout the country reflected a “significant increase in anti-Asian hate crimes”.

“Racism and xenophobia are antithetical to our values and an affront to what we stand for,” said Chang Liu, Cathay Bank president and CEO.

“We believe in the equality of all people, treating them with fairness, empathy and acceptance. We condemn this violence against Asian Americans as well as against other ethnic groups and will continue to work and support efforts for greater equality in our business, community and society.”

Cathay Bank Foundation has been a longstanding supporter of a number of organizations in their fight against hate crimes and discrimination in the Asian American communities, including the Rising Sun Center for Opportunity, Asian Americans Advancing Justice, National Asian American Coalition and the National Diversity Coalition.

Dunson Cheng, executive chairman of the board at Cathay Bank, added: “While we all believe in the importance of the fight against anti-Asian sentiment and violence, actions speak louder than words.

“Cathay Bank wants to show its support by providing funds to organizations that serve the Asian American communities and provide invaluable education to the community at large.”

The $1 million donation will further the foundation's efforts in supporting such and other similar organizations' ongoing efforts in combating discrimination.

The move reflects similar actions by banks across the US in the wake of the death of George Floyd last year, which refocused attention on racism and inequality in America.