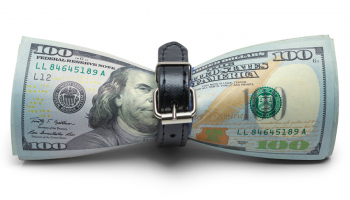 Temporary looser capital rules for US banks will expire at the end of this month, the Federal Reserve Board has confirmed.

The supplementary leverage ratio (SLR) was amended last year to give banks additional capacity during the height of the pandemic. The measures helped banks continue to finance the economy from their own balance sheets and through government-backed loan programs.

On Friday, the Federal Reserve said the temporary measures – which primarily involved excluding US Treasuries and central bank reserves from ratio calculations – would expire on March 31.

However, the Fed also said it would soon be seeking comment on measures to adjust the SLR.

“The board will take appropriate actions to assure that any changes to the SLR do not erode the overall strength of bank capital requirements,” the Fed said in a statement.

It added that “because of recent growth in the supply of central bank reserves and the issuance of Treasury securities, the board may need to address the current design and calibration of the SLR over time to prevent strains from developing that could both constrain economic growth and undermine financial stability”.

The SLR was established in 2014 as an additional capital requirement for banks to ensure their balance sheets remained strong through crisis periods.

The American Bankers Association said it was continuing to “encourage agencies to consider extending their pandemic response measures”, including both the SLR and similar temporary changes made to the community bank leverage ratio.

It expressed support for the Fed’s planned consultation on changes to the leverage ratio rules “that will enable banks to remain a source of strength”.

US community banks were granted a temporary reporting reprieve in November last year, reflecting the rapid expansion of their balance sheets through the pandemic.

The Federal Reserve is still maintaining some support mechanisms for banks. Earlier this month it granted a three-month extension to the Paycheck Protection Program (PPP) Liquidity Facility, which provides capital support to banks and other lenders facilitating the PPP.