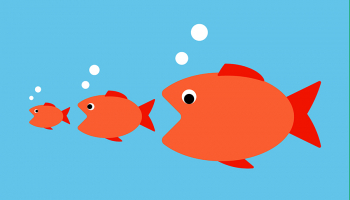 Massachusetts-based banking groups Eastern Bankshares and Century Bancorp are to merge in a $642 million deal.

The two companies announced the transaction last week. The merger will create a $22 billion combined business operating under the Eastern Bank brand.

The deal will cement Eastern’s position as the largest Massachusetts-headquartered bank in the state. Century is currently the third largest.

“We’ve admired Century’s success since its founding by Marshall Sloane in 1969 and today they are New England’s largest family-run bank,” said Bob Rivers, CEO and chair of the board of Eastern Bankshares and its subsidiary Eastern Bank.

“Under the leadership of Barry Sloane and Linda Sloane Kay, the Century Bank brand has continued to rise in prominence and it was a proud moment for us when they communicated they wanted to partner with Eastern. We are excited for the opportunities this agreement creates and believe our combination will deepen our reach in providing banking services and other support to communities across Greater Boston and southern New Hampshire.”

Barry Sloane – chairman, president and CEO of Century Bank – added that the two banks were a “natural fit”. “Both organizations are highly respected as leaders in the community, and we believe Eastern’s focus on innovation and technology will help to further ensure Century customers have greater access to banking products and services that meet their needs where and when they need them,” he said.

The deal follows Eastern’s IPO in October, which raised $1.7 billion in equity capital.

Ken Vecchione, president and CEO of Western Alliance, said his company had also agreed the sale of $750 million of mortgage servicing rights to “strong counterparties” to allow Western Alliance to retain “substantially all of the custodial deposits”. This transaction was expected to be completed in May.

“Both Western Alliance and AmeriHome have already begun to recognize the meaningful synergies of this partnership and we are enthused by this strong momentum to date,” Vecchione said.