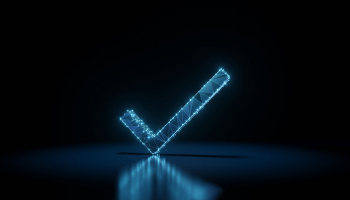 The American Bankers Association (ABA) is advocating for greater scrutiny of digital challengers entering the industry, after highlighting concerns approval standards are being compromised.

The issue of bank approval has come under scrutiny since an interpretive letter from the Office of the Comptroller of the Currency (OCC) in January, which expanded the scope of eligible entities to apply for a national trust charter.

At the same time, new state charters focused on cryptocurrency business models have been formed and these have also attracted criticism from the ABA.

The trade body has raised concerns that some entities may be taking advantage of this without meeting existing standards, with which existing banks must comply.

In a published testimony to a Congress subcommittee on consumer protection, the ABA stated: “New state charters focused on cryptocurrency business models and recent action at the OCC where applications for traditional charters are being considered and granted for non-traditional business models present novel risks to the payments system that we all rely upon to operate seamlessly.”

To support this, the ABA highlighted the Special Purpose Depository Institution (SPDI) bank charter created by the state of Wyoming, which allows entities to hold customer funds that are not insured by the Federal Deposit Insurance Corporation.

The ABA is now urging Congress and the OCC to review the regulator’s activities and has called for the Federal Reserve to add further scrutiny to approval procedures.

It said: “The Federal Reserve should develop evaluation procedures that will be consistent across all of its districts to evaluate the risk these novel charters and novel businesses with traditional charters will pose to the payment system.

“This policy should be developed in an open and transparent manner with public comment to ensure that all parties involved are able to participate. Access to the Federal Reserve payment system is a privilege and not a right.”

The OCC’s interpretive letter, published on January 11, 2021, was swiftly followed by the approval of two digital challengers: The Anchorage Digital Bank, which became the first bank to handle crypto assets, and the Protego Trust Company.

The ABA has already urged the OCC to reverse these approvals, labelling them “ill-considered”.