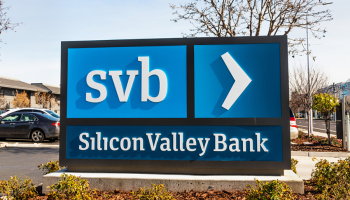 Silicon Valley Bank (SVB) is undervaluing Boston Private Financial Holdings in its takeover bid, according a leading investor in the latter company.

Boston Private, a wealth management and private banking group, adjourned a shareholder meeting on April 27 to give more time to generate additional support for the transaction. The company said the “overwhelming majority” of votes cast so far were in favor.

SVB stated after the adjournment that its bid would not be increased. The deal valued Boston Private at approximately $900 million according to the initial announcement in January, and would see Boston Private shareholders receive 0.0228 SVB shares and $2.10 per share they owned.

However, in a public letter to SVB president and CEO Greg Becker, published on April 28, HoldCo Asset Management – which owns a 4.9% stake in Boston Private – claimed that SVB had previously indicated that it could pay more.

Citing a proxy statement from Boston Private, HoldCo stated that Becker had mentioned a $9.25 per share valuation. Using September share price data for both companies, HoldCo argued that applying the same cash and stock mix as put forward in the January offer would imply a bid value 23% higher than the one under consideration.

The investor called for SVB to revise its offer to 0.0288 SVB shares and $1.78 per Boston Private share, which would “honor the early September offer” made to Boston Private CEO Anthony DeChellis.

The letter, signed by HoldCo founders Vik Ghei and Misha Zaitzeff, stated: “We continue to firmly believe that SVB is capable of offering considerably more value than what we are proposing here. We have detailed this in various filings which you no doubt have seen.

“As a compromise, however, we are willing to accept far less: the same consideration that SVB was willing to provide BPFH shareholders with in September of last year. This is the absolute minimum value that we can accept as stewards of our clients’ assets, and we are only willing to offer this compromise in light of the current uncertainty surrounding the vote. We would be surprised if other shareholders do not agree.”