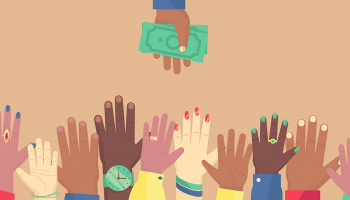 A new bill before Congress is seeking to improve access to banking services for underserved communities across the US.

The ABA wrote to Congress in support of the Promoting Access to Capital in Underbanked Communities Act of 2021 – recently introduced by Andy Barr, Republican representative for Kentucky – encouraging the formation of new banks in locations where bank branches were scarce.

The legislation comes amid concerns about the decrease in community banks across the country over the past decade.

Since the financial crisis, trends in bank consolidation have left many communities without access to bank branches. The industry has argued that poorly tailored regulations have deterred new banks from filling this gap.

The Covid-19 pandemic accelerated this trend, forcing branches to close to customers temporarily to slow the spread of the virus.

According to the bill, banking regulators will be directed to establish a three-year phase-in period for new banks to comply with federal capital standards, alongside other adjustments designed to improve banking service access for underbanked populations.

“By facilitating the formation of new banks in urban and rural areas, this legislation expands banking access for both individuals and small and medium-sized businesses,” the ABA’s executive vice president of Congressional relations and political affairs James Ballentine said.

He added: “The temporary regulatory adjustments provided in this bill are a reasonable step to encourage de novo formation of banks that will be well-equipped to serve and respond to the pressing banking and financial needs of their local communities. The bill should readily receive bipartisan interest and support.”