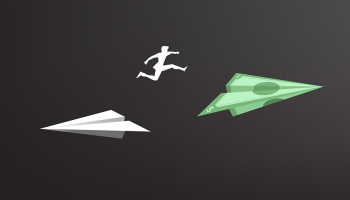 The COVID-19 pandemic has made US businesses more adventurous in trying out new banks, according to a study from financial consultancy group Greenwich.

Approximately a third of small businesses and almost 30% of midsize companies signalled that they were likely to switch banks as a result of their experiences through the pandemic.

Those percentages are two to three times higher than normal switching levels, Greenwich said, meaning billions of dollars in commercial bank balances and fees would be “in play” this year.

In a turbulent year, banks have taken a wide range of actions to assist customers through the economic and financial impact of the pandemic.

These have included waiving fees and charges, deferring payments on loans and credit facilities, suspending foreclosures, as well as facilitating government-backed support such as Economic Impact Payments and the Paycheck Protection Program (PPP).

While many respondents were satisfied with their banks’ performance last year, a significant number were disappointed in the level of support they received during the crisis.

Problems with the PPP loan application process and delays to responses – particularly in the early days of the crisis – were among the most common complaints.

Greenwich’s report said the levels of dissatisfaction should act as a call to action for commercial banks. It also represented an opportunity for providers able to blend digital tools with traditional banking practices to form “new, post-COVID prospecting strategies”.

The report also found that that small and medium-sized companies were keen to continue visiting local bank branches, although digital would allow them to use those locations less frequently.

They were more likely to visit for more complex discussions such as those concerning loan structure, cash flow optimization and business strategy. Nearly two-thirds (63%) said they would prefer to resume in-person meetings with conditions, such as facemasks or outdoor meetings.