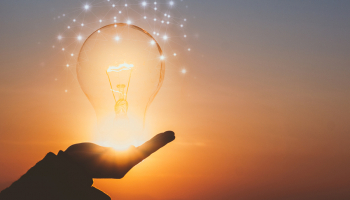 Two Texan banks have updated their brands in recent weeks, as more banks are being urged to scrutinize their own corporate identities.

Affilliated Bank, which is owned by Susser Banc Holdings Corporation, has been brought under the parent company’s brand as part of a move to reposition the company for growth.

Susser Banc Holdings is led by the Susser family, and has owned Affiliated Bank since 2018. The bank legally changed its name on December 31, 2020, and this was followed by a revamp of its logo, website, social media, and marketing rolled out over the last couple of weeks.

Meanwhile, Texas Capital has overhauled its website and launched a new logo, as part of a company-wide rebrand.

“This modernized rebrand… aligns with our focus of building a more unified organization to expand our capabilities and digital competencies,” said Rob Holmes, president and CEO.

Texas Capital has had a turbulent 18 months following the collapse of its planned merger with Independent Bank. Last month it sold a $14 billion mortgage loan portfolio to PHH Mortgage as part of a broader effort to strengthen its balance sheet.

In a recent article circulated by the American Bankers Association, Renasant Bank director of marketing John Oxford called for more banks to review their brand identities.

He argued that financial institutions that use the same or similar names were creating confusion for customers and the wider marketplace. Oxford reported that 761 out of 5,000 US banks – about 15% – had a “unique brand name”, despite many more claiming to be different.

There were 66 banks with ‘Texas’ in their name, 183 bank brands including the word ‘citizen’, and 878 with the word ‘state’ in the title, Oxford said.