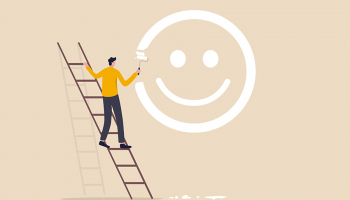 More than 60% of US bankers consider their banks to be in a positive position despite the events of 2020, according to a survey.

The poll of more than 500 senior bank staff by technology company IntraFi Network reported that 62% of bankers felt their banks were in a strong financial position – a 38 percentage point increase on the final three months of 2020.

Mark Jacobsen, co-founder and CEO of IntraFi Network, said: “Projections on the economy have swung wildly over the past 12 months, but bankers are growing more confident that it’s on the right track. While challenges clearly remain, it seems most bankers are optimistic about the future.”

The optimistic stance came despite the disruption caused by the pandemic. In alignment with the rest of the stay-at-home economy, last year banks started to operate a reduced client-facing service to spread the curb of the virus.

Branch closures – a trend initiated by the financial crash and accelerated by the pandemic – have prompted new legislation to be set out before congress to address the issue of reduced banking access in neglected communities.

IntraFi reported that 41% felt that pre-pandemic customer-facing operations were unlikely to return until after July, while 8% said this area of business may never return to pre-pandemic levels.

The pandemic has pushed more customers to embrace mobile and online banking, according to multiple surveys over the past year. Banks have responded by scaling up their technology to accommodate new remote client practices.

Coupled with branch closures or consolidations, technology could mean reduced costs as banks realize efficiencies across their business models. IntraFi’s survey found that 29% of bankers projected costs to decrease in the year ahead.