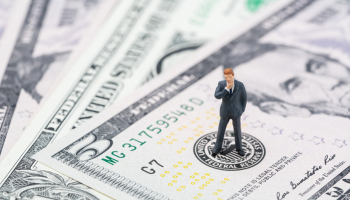 The stock market had a volatile week last week due to inflation fears and potential interest rate hikes, among other concerns. On Wednesday Goldman Sachs changed its forecast for the first United States Federal Reserve interest hike since the Covid outbreak, to 2023 following signals from the central bank.

Almost as quickly as Goldman Sachs reported this, however, the financial powerhouse turned around late in the day and clarified that the chances were “only modestly better than 50%” if inflation did not rise or growth did not continue in the overall economy. In essence, the bank along with several economist, did not have a sharp consensus on the direction interest rate hikes would go.

The revision was not much of a revision in that it just moved an interest rate hike to the third quarter of 2023 from the first quarter of 2024. Most analysts, even after last week’s volatility, still were bullish on 2021-2023 economic growth.

While the Fed had raised some warning signs due to inflation, it was not enough for analysts to signal caution. Real Estate continues to boom on almost every price level with every major institution that commented last week seeing home value growth over the next eighteen months.

Still, Federal policymakers projected two quarter-point interest rate increases in 2023 for the first time last week. Goldman Sachs concluded that policymakers, “appear to be more firmly focused on the backward looking average level of inflation this cycle than we expected”.

Later, the Goldman Sachs report stated, “The median projection of two hikes with core PCE at just 2.1% suggests to us that most of the FOMC would support proceeding steadily with normalization after the liftoff goals are met even if inflation is only running a bit above 2%.”

The good news is that these projections are literally two years out, which means the overall sentiment for 2022 and 2023 is optimistic.

JP Morgan’s Jamie Dimon continues to believe that the United States is poised for at least two strong years of growth.