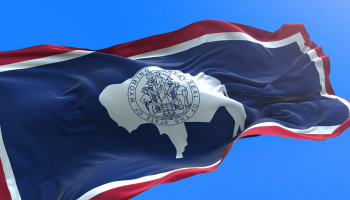 The American CryptoFed DAO has been legally recognized by Wyoming as the first decentralized autonomous organisation (DAO) in the US, in the latest sign of the growth of crypto payments.

Unlike the traditional monetary system, the aim of the DAO is to create and sustain a monetary system with zero inflation, zero deflation, and zero transaction costs.

CEO of the American CryptoFed DAO, Marian Orr, said: “Wyoming is the leading digital assets jurisdiction in the USA, and now with this DAO law, Wyoming is arguably the top blockchain jurisdiction in the world. What this means is that creating a true digital currency with mass acceptance is now possible.”

Earlier this year, Wyoming became the first state in the US to pass legislation into law recognizing DAOs as a form of limited liability company.

The Merchant Advisory Group – which represents 165 of the largest merchants and payments processors in the US – also expressed its support for the new DAO. CEO John Drechny said the group could “see a path in which merchants will have more choices for payment acceptance”.

He added: “Wyoming is leading the way to create legal certainty in the crypto space, and the American CryptoFed DAO is focused on delivering a fee-free payment choice for merchants.”

The American CryptoFed DAO will be governed by its two-token economy. The first is “Ducat”, a form of cryptocurrency designed to appreciate against the US dollar by the amount of inflation the dollar experiences. It works with “Locke”, a government token with a maximum finite number of 10 trillion. This will be used to stabilize Ducat and allow holders to participate in network rule and decision making.

Over time, Marian Orr’s role as CEO will be removed, with ongoing governance being overseen by voting token holders rather than an executive team.

As cryptocurrencies have experienced a surge in popularity, regulators and federal agencies have been scrambling to understand the nascent sector and how it might be regulated. The Federal Reserve has mooted the creation of a digital dollar, and in May, non-profit organisation the Digital Dollar Project announced five pilot programs to explore the ‘value’ of a US central bank digital currency.