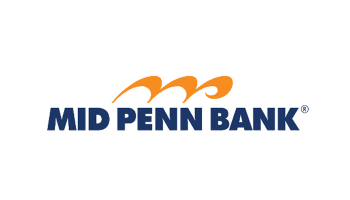 The merger will enhance the bank’s presence in central Pennsylvania as well as provide entry into the Lehigh Valley and State College markets, according to an announcement from Mid Penn Bank.

Rory Ritrievi, Mid Penn president and CEO, said: “This combination provides strong economic value to both shareholder groups and creates a financial institution with plenty of muscle at a time when it is most important.”

Following its completion, Mid Penn will be the sixth-largest Pennsylvania headquartered bank under $10 billion.

Meanwhile in Ohio, Farmers National Bank is to acquire Cortland Bank to expand its presence in Cleveland and Northeast Ohio.

The transaction is valued at approximately $124 million and will increase Farmers National Bank’s total assets to $4.1 billion. All Cortland Bank branches will be rebranded once the deal is completed.

Kevin Helmick, Farmers Bank president and CEO, said the acquisition would “solidify our market share in Trumbull and Mahoning Counties, as well as expand our presence in the greater Cleveland area furthering our strategy of building local scale throughout northeast Ohio”.

The merger is expected to boost BPAS total assets in trust to approximately $110 billion and will expand the company’s benefits business in the Midwest region of the US.