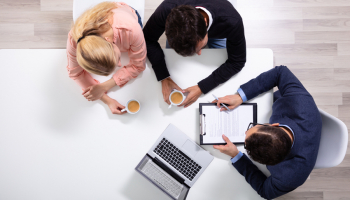 The US’s biggest banks have drawn praise for their approach to financial advice, according to a new consumer study.

Market research group JD Power’s fourth annual study on retail banking advice, published this month, showed that more than two thirds (69%) of customers who receive advice from their bank go on to act on it.

Big banks in particular were seen to be leading the way on advice, with the top four banks earning high marks for their diverse advice offerings, the relevancy of their advice and guidance, and their concern for customer needs.

The top banks in terms of ranking were Bank of America and Citibank, who both scored well above the industry average.

JD Power’s survey found that, when customers were offered advice and guidance that met their needs, overall customer satisfaction rose by 229 points on a 1,000-point scale.

However, individuals overall remained more likely to receive financial advice and guidance from family, friends, internet searches or personal finance websites than from their primary bank.

For the first time, JD Power also attempted to assess customers’ financial health and literacy. It classified less than half (49%) of customers as financially healthy, with 11% falling into the “overextended” category.

In addition, 13% were classified as “stressed”, and more than a quarter (27%) were deemed “vulnerable”. Just 38% of bank customers surveyed by JD Power passed its financial literacy test.