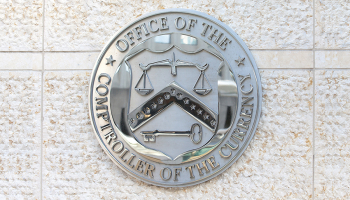 The Office for the Comptroller of the Currency (OCC) has announced an expansion of its financial inclusion initiative, Project REACh.

The project – which initially focused on the Los Angeles area – will expand into three new areas: Washington DC, Dallas, and Detroit.

The OCC wants to bring more stakeholders together to address barriers to financial inclusion, it said in a statement this week.

Among the aims of Project REACh – the Roundtable for Economic Access and Change – are the reduction of the number of people with no credit history, and the improvement of access to affordable housing.

At a press conference, Michael Hsu, acting comptroller, stated that some regulatory guidance may need to be updated so as to encourage innovation in the financial inclusion space.

“At the work stream and the sub-work stream level, there are a number of things that have been flagged,” Hsu told reporters. “At a higher level… I’m hearing a little bit more chatter about creating safe spaces – sandboxes, ring fencing – to have a bit more of this type of activity.”

He added that the OCC was “taking a lot of this feedback on board and trying to reflect on… our own practices and our own approaches and how we can do things that can both allow this innovation and progress while maintaining safety and soundness”.

Meanwhile, Fifth Third Bank, headquartered in Ohio, announced this week that it has joined the initiative, adding to the collection of leaders from banking, business, technology, and national civil rights organizations already signed up to Project REACh.