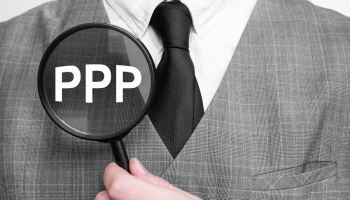 Banks will increasingly become targets of scrutiny over how they facilitated Paycheck Protection Program (PPP) loans during the pandemic, according to lawyers at Parker Poe.

Steve Carey, Todd Sprinkle, and Brian Cromwell warned in a recent article for the American Bankers Association that banks will face government and whistle-blower investigations, including False Claims Act claims, in relation to loans administered to companies that shouldn’t have received them – including some deliberately fraudulent loan applications.

Scrutiny could extend to class actions from companies that did not receive loan payments on schedule, according to the lawyers.

They recommended that banks conduct an audit of their PPP activities, including applications received and processes used to administer them, to ensure they have the right paperwork and information available.

As a result of the PPP initiative, part of the CARES Act, in excess of 1.6 million businesses across the US received $349 billion in loans to pay their employees and cover other basic business expenses during the Covid-19 pandemic.

Last year, Bank of America was sued in Maryland for violating the CARES Act by allowing depository-only clients to apply for PPP loans so long as they do not have credit cards or loans with other banks. However, a judge threw out the case.

JP Morgan Chase, along with several other banks, had a class action lawsuit brought against it in California. The case alleged the bank carried out unfair business practices by placing borrowers seeking larger loans ahead of others, rather than on a ‘first come, first served’ basis.

The Parker Poe lawyers said the focus of investigations would likely move away from companies and individuals who received loans fraudulently, towards banks who lent at higher rates.