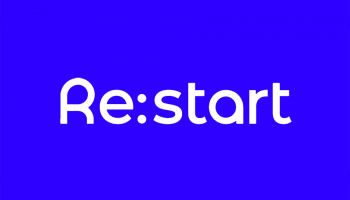 Restart bank has launched its digital banking services for the immigrant and ethnic market in the US.

Restart’s features include the issuance of a debit card, fund transfers and free cash withdrawals at more than 30,000 ATMs in the US.

Customers can also improve their credit scores and enhanced features such as early pay direct can provide early payment of wages.

The app user interface is bilingual and includes the user’s native language. Initially it will serve Russian-speaking customers but additional languages including Ukrainian, Armenian, Belarusian, Kazakh, and Polish will be added in the fourth quarter of 2021.

Chinese and Vietnamese will be available in 2022, according to Restart Bank.

"We appreciate the complexity and challenges faced by minorities, particularly in overcoming language barriers and improving financial literacy,” said Dennis Larionov, Restart's CEO. “Restart is the first step in financial inclusion for new-to-country customers and a lifesaver for those who have been living in the United States for several years and find it difficult to be a part of the English-centric banking ecosystem.”

A Federal Reserve 2019 report found that approximately 63 million American adults are either unbanked or underbanked. Minorities and ethnic groups are often underserved by traditional banks. Language and cultural barriers also prevent foreign born people in the US to fully participate in the formal economy.

While successful programs such as the Bank On initiative have also been instrumental in targeting people outside the mainstream financial system. Now, 40% of US bank branches provide access to a Bank On certified account.