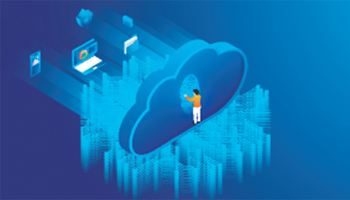 US and Canadian financial services firms are leading the adoption of cloud computing technology globally, according to a new survey.

The research by Harris Poll and Google Cloud found that 83% of financial services companies around the world had adopted some form of cloud-based technology as part of their primary computing infrastructure.

Of financial services companies implementing cloud strategy, North American firms were leading the way with the highest levels of cloud workload adopted, with institutions in the US and Canada using the cloud for 54% and 52% of their workloads respectively.

The lowest level of cloud adoption was reported in Japan, with institutions using the cloud for 42% of their workload on average.

While many financial services firms have migrated substantial workloads to the cloud, there is still some way to go before they fully migrate their core, back-office workload to cloud technology, according to Harris and Google. For example, of the financial services companies that are making use of cloud technology in the US, just over half (54%) had fully deployed their workload to the cloud.

Data and IT security (74%), regulatory reporting (57%) and fraud detection and prevention (57%) are among the segments most comprehensively adopting the cloud, according to the Harris Poll, while core underwriting activity (40%) and data reconciliation (48%) ranked lowest.

As cloud technology adoption grows in popularity, many US banks have established partnerships with cloud-based fintech companies, including New York-based Sterling National Bank and Visa.

Earlier this year Sterling entered a partnership with cloud-based digital banking platform BrightFi. Under the partnership, Sterling will provide banking solutions to support the BrightFi platform.

Many bank management teams have realized that offering digital banking services is a way of challenging for market share in the aftermath of the pandemic.